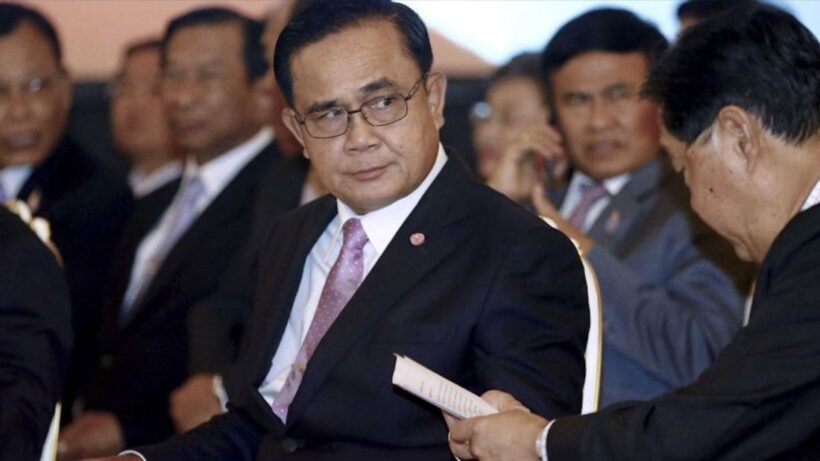 The countdown is on to next Wednesday’s vote for a new Thai PM. With all odds pointing to a return term for Prayut Chan-o-cha, Palang Pracharat’s prime ministerial candidate, it’s now or never for the various parties to form workable, and sustainable MP blocs in the new parliament. Otherwise the new PM will be the head of a scrambled egg with a never-ending squad of bickering MPs to follow.

Under particular pressure are the Democrats to thrash out a deal with Palang Pracharat. Without the Democrat’s support there will be no bloc with a majority in the lower house.

The two parties have shaken hands, then walked out of meetings and blamed each other all week as they’ve tried to hack together a deal to form a coalition government. They remain divided over the distribution of key ministerial positions – namely the Agriculture portfolio, which remains a problem for the ‘Sam Mitr’ faction.

After yesterday’s royal endorsement of the speakers from last week’s parliamentary nominations, the House Speaker Chuan Leekpai has announced a joint meeting of MPs and senators to vote for a prime minister this Wednesday, June 5. The meeting will be held at the TOT’s head office on Chaeng Watthana Road in Bangkok.

The Democrats reportedly asked for the agriculture portfolio as one of its conditions to join the alliance after the PPRP made a formal invitation for it to join a coalition earlier this week. But the ‘Sam Mitr’ faction had also put their hand up for the Agriculture Ministry and, according to sources, even threatened to walk their 30 members out of the Palang Pracharat party. Sam Mitr members have denied the report.

Democrat leader Jurin Laksanavisit says it’s now up to Palang Pracharat to take the next step.

“To be honest, this is a problem for the PPRP. Now, we’ll have to give the PPRP some time to sort out their own problems and make a decision.”

Mr Jurin also noted that any new government will find it difficult to make amendments to current laws given that the Charter requires 20% support from opposition MPs for amendments to be passed.

As of today there are still many differences between the ambitions and demands of the Democrats and Palang Pracharat. They now have four more sleeps before D-Day to find a way forward.