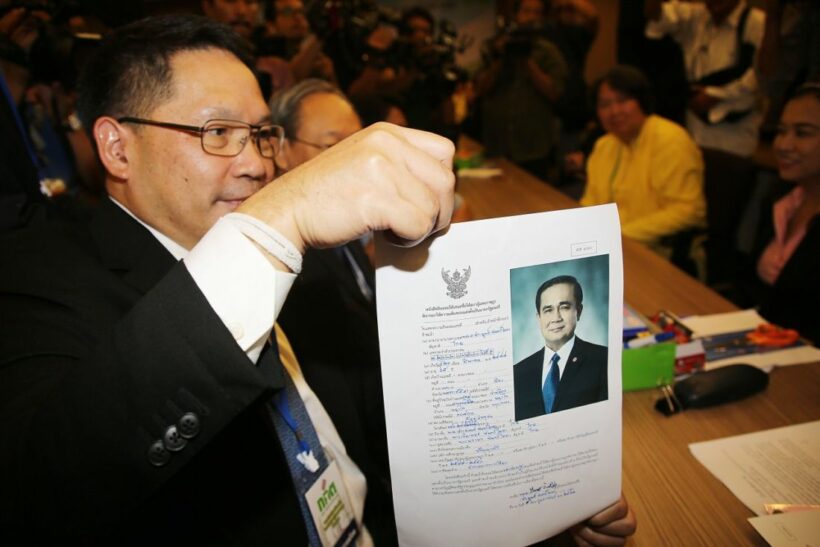 Palang Pracharat, the political party supporting Thailand’s Junta, is hoping it can complete negotiations and make a deal today to which would see it with enough parliamentary seats to keep Prayut Chan-o-cha in power as prime minister. This analysis from a lawmaker who is a board member of the Palang Pracharat party in a Reuters article.

The deal would be the end of opposition hopes to keep the military out of politics, five years after the NCPO seized power from the elected government on May 22, 2014.

Palang Pracharat party contested the March 24 election as a proxy party for the army with Prayuth Chan-o-cha as their prime ministerial candidate.

Puttipong Punnakanta, one of Palang Pracharat’s board members and a member of parliament, has told Reuters the party – which gained the second-largest number of seats in the election – would formally invite two other parties, the Democrats and Bhumjaithai, to join in a coalition government.

“It’s certain that we will be forming a coalition government, with at least 251 seats and more. We will see Prayuth Chan-ocha as PM next month.”

The Reuters story notes that the opposition Pheu Thai party, which was ousted from power in 2014, won the most seats in the 500 member House of Representatives on the March 24 election, but its coalition of anti-Junta parties has been unable to form a majority when final results were announced.

HM The King acknowledges the passing of General Prem