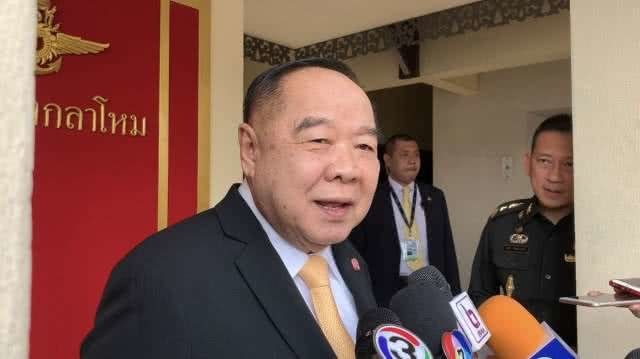 Thai PM Prayut Chan-o-cha has submitted a list of 250 senators to His Majesty the King, while Deputy PM Prawit Wongsuwan has commented that a new government won’t be set up until after a new PM has been named.

This news is coming from the National News Bureau of Thailand and should be read in light of the source.

The deputy premier confirmed that the PM has already submitted the list of senators to His Majesty the King for approval, among whom only about 10 have resigned as cabinet ministers. He declined to comment on news reports that more than 60 members of the National Legislative Assembly, including Preecha Chan-o-cha, the PM’s younger brother, have been named senators.

The deputy premier downplayed news reports that efforts have been taken to set up a coalition government, saying such efforts can not be finalised until after the naming of the new premier, according to the National News Bureau of Thailand report.

Many newly-elected MPs have come in to report to parliament, while the Palang Pracharath Party has shown confidence in its ability to set up a coalition government. Over 145 MPs reported to parliament on Friday morning, such as Pharadorn Prisanananthakul of the Bhumjaithai Party for Ang Thong; Action Coalition for Thailand party leader M.R. Chatumongkol Sonakul, and about 100 Pheu Thai MPs.

Meanwhile, Palang Pracharath Party MP Puttipong Punnakan led 11 MPs of his party to Bangkok to report to parliament and said the setting up of a government depends on the preparedness of each party involved. He said some parties could possibly form a third coalition among themselves. However, he said the Palang Pracharath Party could also do so to run the country with stability, though it has only 251 MPs, just over half the total of 500 MPs (The Thaiger is not aware how the quoted was able to come up with this number).

“It remains to be seen if the Democrat Party will join a Palang Pracharath-led coalition, pending the naming of a new Democrat party leader on May 15.”