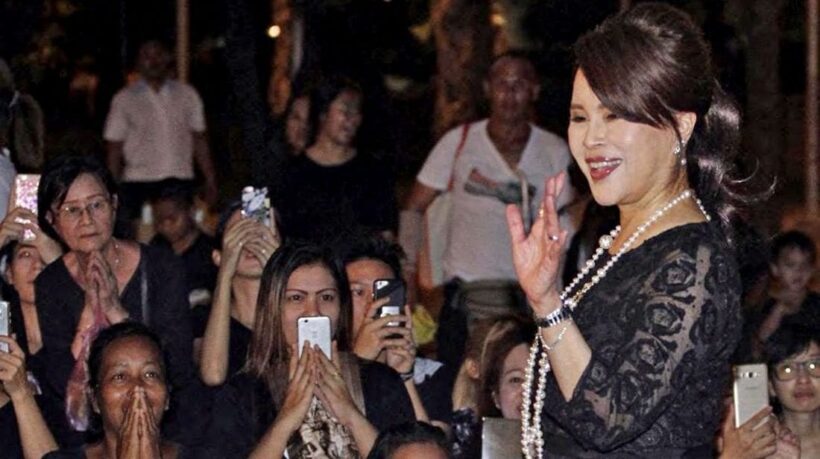 The Election Commission is expected to meet tomorrow (Monday) to deliberate the Thai Raksa Chart party’s future following their nomination of Princess Ubolratana as a prime ministerial candidate in the March 24 election.

But the EC’s secretary-general, Jarungvith Phumma, has declined to comment on the matter when asked about the party’s surprise Friday PM candidate, saying only that “all issues would be discussed”.

Regarding the Thai Raksa Chart party’s prime ministerial nomination, a ‘well-informed source’ has told Thai PBS that the EC might have two options going forward…

Option One is to consider a formal complaint from Paiboon Nititawan, leader of the People’s Reform party, accusing the Thai Raksa Chart party of breaching Rule 17 of the regulations which prohibits candidates or parties from using the Monarchy for electioneering.

Option Two is to launch its own probe into the matter, says the source.

A statement was issued by HM the King on Friday at 11pm that says involving a member of the Royal Family in politics is highly inappropriate as it is at odds with the long-held tradition that the Monarchy and the Royal Family are above politics.

The morning after (Saturday), the Thai Raksa Chart party issued a statement pledging to comply with the Royal Command and offering its thanks to the Princess.

For her part, Princess Ubolratana posted on her popular Instagram account yesterday thanking the Thai people for their love and support without making any direct reference to the stunning events of the day before.

Sightings of pink dolphins off coast of Nakhon Si Thammarat