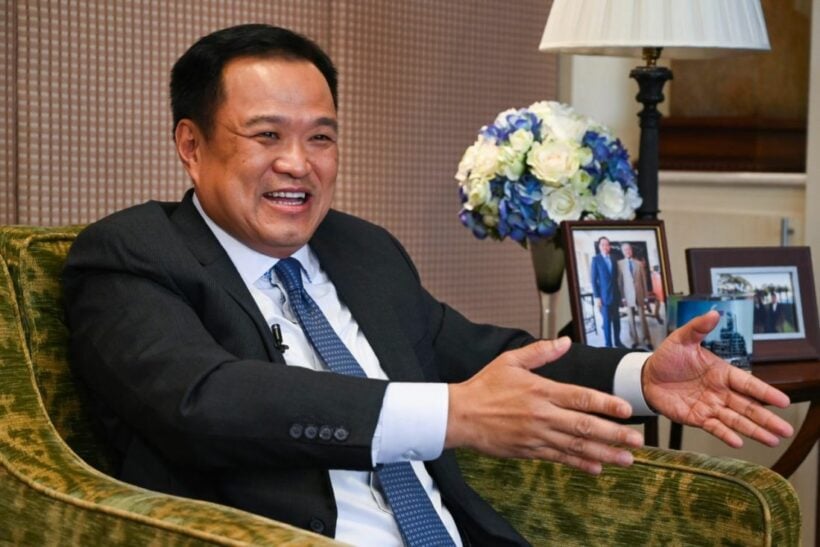 Anutin Charnvirakul, the Bhumjaithai leader, has made it clear that his party will not support a PM candidate who does have the backing from a simple majority of MPs in Parliament.

Bhumjaithai, coming fifth in sheer MP numbers following the March 24 election (behind Pheu Thai, Palang Pracharat, Future Forward and the Democrats), has become a king-maker in the jockeying for MP votes to form a workable coalition in the Thai lower house of Parliament.

Anutin, who continues to play his cards close to his chest and maintained ‘neutrality’ in the current round of informal negotiations, said yesterday that no Bhumjaithai MP would vote for a candidate who relied on the Senate to become the head of the government.

Both Pheu Thai and Palang Pracharat maintain they have the numbers to form government, while the Democrat Party and Bhumjaithai say they won’t be declaring their hand until at least Friday (Democrats) and next Tuesday (Bhumjaithai).

The anti-junta bloc (led by Pheu Thai and Future Forward) has 245 seats and its rivals 135.

And despite being more than 100 MPs short of a simple majority in Parliament, General Prayut Chan-o-cha, the PM candidate of Phalang Pracharat, said yesterday that the party’s government formation process was ongoing. As the negotiations were mainly about the distribution of Cabinet seats, Prayut admitted that the party was considering how to allocate ministerial positions.

11 minor parties, who will also be part of the lower house, announced yesterday they will join Phalang Pracharat to form a government and back Prayut’s bid to return as PM, but their votes only cover 11 seats out of a total of 500 parliamentary seats in the Thai lower house.

Meanwhile, the anti-junta Future Forward Party, which opposes Prayut’s return to power, remained hopeful that they could still block the general. Though some 11 minor parties have revealed their stance in favour of Prayut, Future Forward leader Thanathorn Juangroongruangkit said yesterday that it was still possible to gather some 375 MPs to vote for a PM against the junta-appointed Senate and the minority MPs.

(The next prime minister will likely be selected by a joint sitting of the lower house and Junta-appointed Senate: 500 lower house votes plus 250 Senate votes – so any bloc would need at least 375 votes to have the power to select the PM).

Future Forward’ Thanathorn said he was talking to different parties, including Democrat and Bhumjaitai, to join the anti-junta camp. He did not reveal how the negotiations were going.

Meanwhile Bhumjaithai leader Anutin yesterday told the press that the party had not discussed anything with Phalang Pracharat about setting up a government.