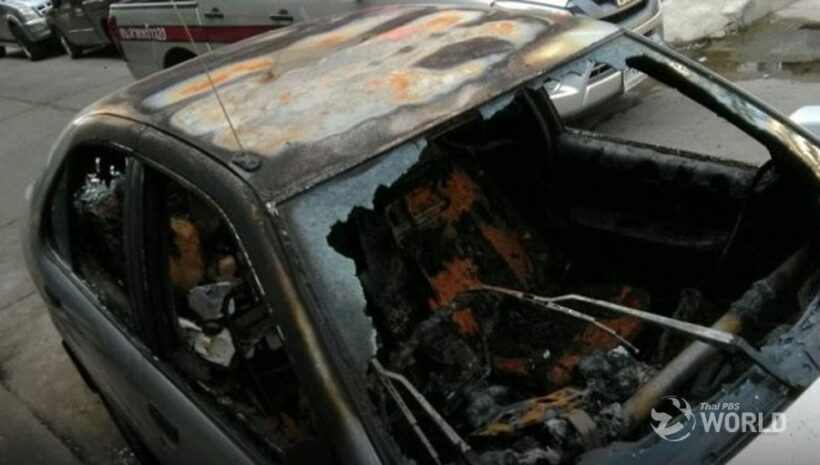 A car belonging to one of the activists campaigning for impeachment of the Election Commissioners at a rally in Rajaprasong intersection, Bangkok on Sunday, has had his car torched this morning, the second time in a week.

Aekkachai Hongkangwan claims in a Facebook post today that his car was burnt beyond repair and some of his documents, containing names of about 300 people who had signed a petition in support of the impeachment campaign, were damaged but he believes they can still be used.

He says two motorbikes were seen in front of his house at 6pm last night. At 7.34pm, one of the motorcyclists, wearing a jacket and crash helmet, kicked his car’s left wing mirror. At 7.43pm, the same unidentified man poured what is believed to be petrol over the car’s windscreen and ignited it.

Last week, Aekkachai’s car was again been vandalised in front of his house and he had been attacked by unidentified men in what he described as an act of intimidation for his activism against the junta.