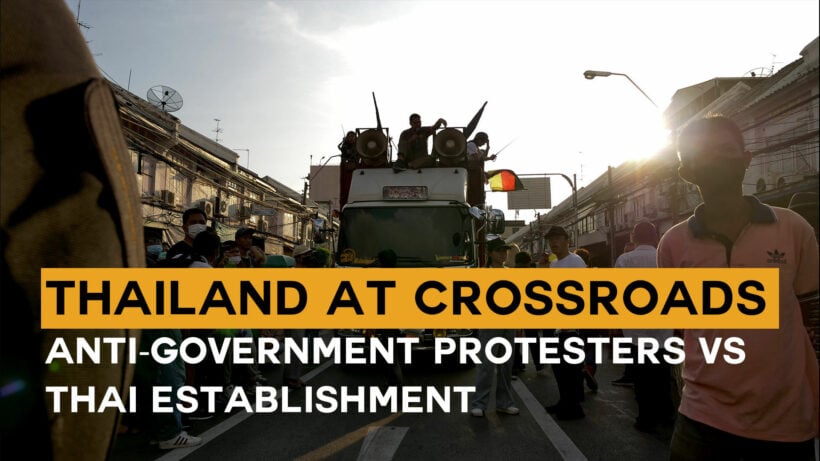 This video provides some background of the protests and their challenge ahead. They are battling a deeply entrenched “establishment”, including the Army, the government, the Bangkok ‘elite’ and years of conservative traditions protecting the revered Thai monarchy. The protesters are young, educated and motivated. The government controls the levers of power. What will happen?

Whilst the daily media coverage of the current protests in Thailand might give you the impression that Thailand is in some sort of chaotic mess, it’s really nothing like that.

Yes, there are some protests going on in isolated parts of the city. Yes, they’re disruptive to local traffic and they are getting plenty of media attention. But the vast majority of Thais, whilst many will be keeping abreast of the developments, are just getting on with their life and much of what you’d call Thai life is bubbling along like usual.

On the other hand Thailand is coming to terms with an economy mostly devoid of tourism. People are rearranging their lives and finding new jobs, but again, it’s not as if there are long lines of unemployed, beggars or starving people. In most locations around Thailand, leaving out some of the tourist hot spots, like Phuket, Pattaya and Koh Samui, life is just plugging on. Even in those locations, once out of the touristy parts, the local economies are adapting and managing.

The people losing their work from tourism have, mostly, headed home to their families and are getting absorbed into family businesses or community life. It’s a cultural resilience that is helping Thailand adapt and survive, even thrive in some sectors, during the worldwide pandemic.
There isn’t even any tangible link between the two issues – the Covid-19 pandemic and the current protest movement. The push for change of the political status quo has been brewing ever since the current government seized power in 2014, firstly as an Army-led coup against the elected government of Yingluck Shinawatra, and then after the March 2019 election, when the coup leaders were able to cobble together a workable, and at least on paper, legitimate government.

But be assured, Covid-19 pandemic or not, this protest movement would have surfaced anyway and is driven by idealism and political evolution, not the pandemic or economy. The protesters are mostly educated students from middle class families and they’ve never once made mention of the lack of tourists or even the broader Thai economy. They’re not disaffected opposition politicians, or even identify with the old red shirt/yellow shirt protests. They are mostly fresh, younger voices.

The protesters’ demands have been unfalteringly consistent. Based on a 10 point manifesto, first read out at Thammasat University’s Rangsit Campus on August 10 this year.

The demands are that the Thai PM resign, that the parliament is dissolved for a fresh election, that a new constitution is written to replace the 2017 Charter and that officials stop harassing protesters and people speaking out against the government. Most of those would be the sorts of things you may expect from opposition MPs or anti-government protesters. But this time they spiced up their wish list with a controversial demand for changes in the role of the country’s revered monarchy. They have strenuously denied that they want to get rid of the Thai monarchy, instead, they want a new constitution to codify the role of the Thai monarch and limit the powers which they claim, are currently unfettered.

The hurdle for change, however, is that the current system is stacked against just about everything the protesters are demanding, especially the changes to the role of the Thai monarchy.

For any of these changes to take place there will have to be a national consensus, a new constitution and some sort of response, even involvement from the Palace.

The students are demanding change, now, but the reality is that, for a peaceful transition, there will certainly need to be constructive discussions, a desire to change and a passage of time. None of that, given the history of Thai coups and the role of the Army, appears likely at the moment.

Whilst the government is trying to diffuse the situation by calling emergency sessions of parliament, even offers to drops the State of Emergency or release some of the arrested protesters, there is still an enormous political gulf between the demands of the protesters and the government’s preparedness to change.