The survey was carried out between November 11-23, canvassing 1,201 people around the country.

The Nation reports that over 88% of those surveyed confirmed they were in debt, with most saying it was due to having bought a house or car, or as a result of work-related credit card debt.

The director of the school’s Centre for Economic and Business Forecasting, Thanawat Pholwichai, says the level of household debt is a cause for concern, citing the economic slowdown, higher prices on consumer goods, and global trade conflicts as the reasons behind it.

Thanawat says, although many Thai citizens would like to save more money and lower their cost of living, the ongoing rise in the cost of consumer goods makes it impossible. In order to keep the economy going, Thanawat believes the government will have to introduce further stimulus packages by the middle of the first quarter of 2020. 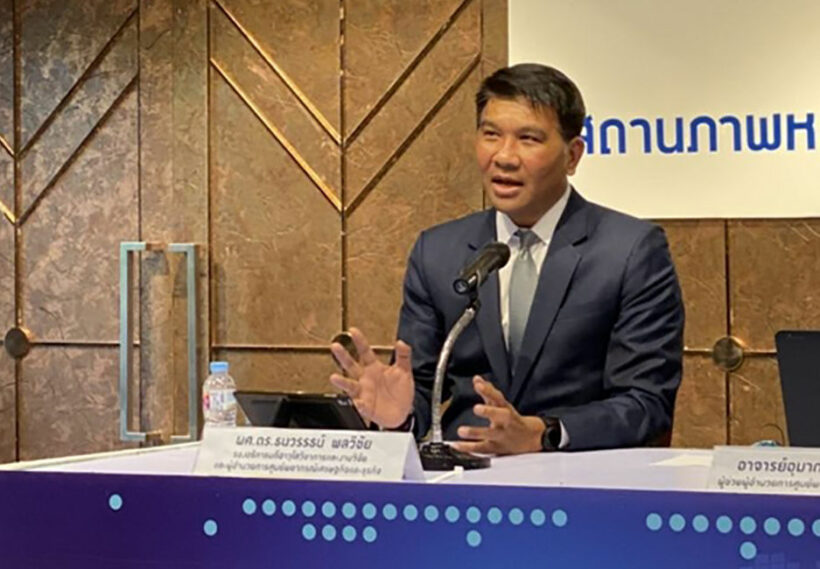 PHOTO: Director of the school’s Centre for Economic and Business Forecasting, Thanawat Pholwichai