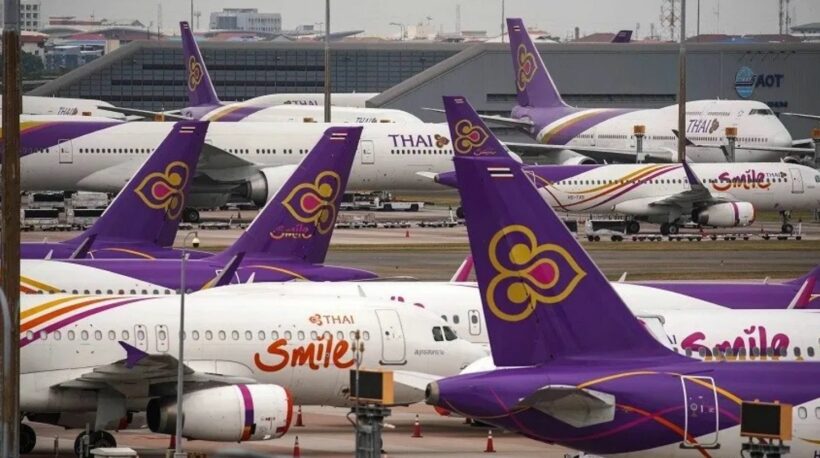 Even as struggling national flag carrier Thai Airways strives to come up with blueprint for financial recovery, Airbus is calling in its debts on 30 aircraft rented by the airline. Thailand’s deputy transport minister says the company’s debts were checked on May 15, when documents showed that Airbus is trying to collect debts for rental of 30 airplanes as the due date draws near.

He says that PM Prayut Chan-o-cha ordered the airline’s rehabilitation via the bankruptcy law rather than pursuing the State Enterprise Policy Office’s plan of a 54.7 billion baht loan guaranteed by the government.

Had the government supported its rehabilitation, it would have violated the new State Fiscal and Financial Disciplines Act.

The government has supported the beleaguered carrier for 5 years, but failed to solve the its financial issues, so the bankruptcy procedure is now the best option, according to the deputy minister, who says after the Finance Ministry sells its majority stake, the company will no longer be a state enterprise and will be easier to handle.

The recovery plan must also be filed with the US bankruptcy court to prevent American creditors from seizing all the planes or collecting the airline’s assets.