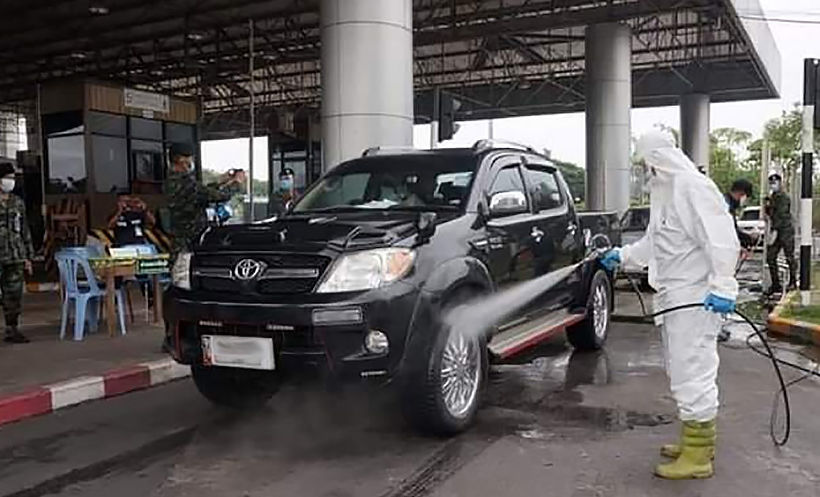 Malaysia is returning vehicles left behind by Thais who left when Kuala Lumpur imposed a lockdown to combat the spread of Covid-19. The first batch was returned yesterday via the Sungai Kolok immigration checkpoint. They were handed over to Thai authorities about 5pm.

The chief of Sungai Kolok district in the southern border province of Narathiwat said Thais living in Malaysia, most of them in Kelantan State, have gradually returned to Thailand, often leaving behind their vehicles. Once back home, they were without the use of their vehicles, which many needed to make a living. They asked the provincial Damrongtham Centre to make arrangements with Malaysian authorities for their return. After talks between local officials of Narathiwat and Kelantan, an agreement was reached.

The returned cars and trucks were sprayed with disinfectant and will be left in the sun for 3 days before being handed back to their owners.

Territorial defence volunteers assigned to go to Malaysia to drive back the vehicles will spend 14 days in quarantine.