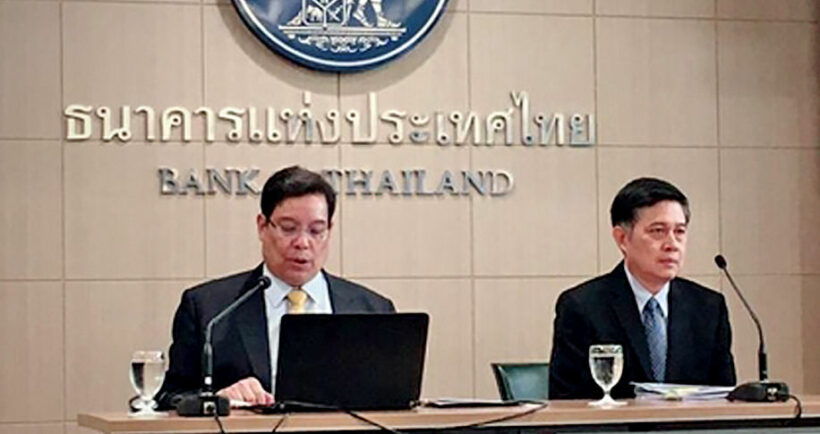 The Bank of Thailand will now allow Thai residents to send money overseas to invest directly and the domestic trading in gold in foreign currencies.

Exporters will be allowed to invest their earnings abroad, up to US$200,000 per invoice, up from the current $50,000. The Governor say this figure will rise to $1 million within three months.

“This is so exporters can manage their exchange risk better, since they’ll be able to bring their money back when exchange rate is more favourable for them, or they could use their foreign currency for their businesses abroad,” he told a media conference yesterday.

Retail investors are allowed to invest up to $200,000 per annum directly in foreign financial assets. Currently they must go through brokerage firms or mutual funds, and even then, only wealthy individuals with 50 million baht or more in savings.

“Those who plan to invest overseas should understand the risks. If not, they are advised to invest via brokerage firms.”

The central bank will also increase the amount of money fund managers can invest in foreign financial assets, from $100 billion a year to $150 billion though it must be under the supervision of the Securities and Exchanges Commission.

Meanwhile, the Bank of Thailand’s monetary policy committee voted yesterday to cut its key policy rate by 25 basis points to 1.25%. It is the second rate cut this year.

Yesterday’s vote saw five members vote for the cut and two to maintain the existing rate.

The International Monetary Fund had earlier said Thailand had the policy in place to cut its interest rate and the fiscal power to spend more on infrastructure even amid the global economic slowdown being worsened by the US-China trade war.

The BOT reported that merchandise exports contracted more than expected and were projected to recover more slowly due to the slowdown of global trade volume affected by international trade tensions.

Tourism was also growing at a lower-than-expected rate.