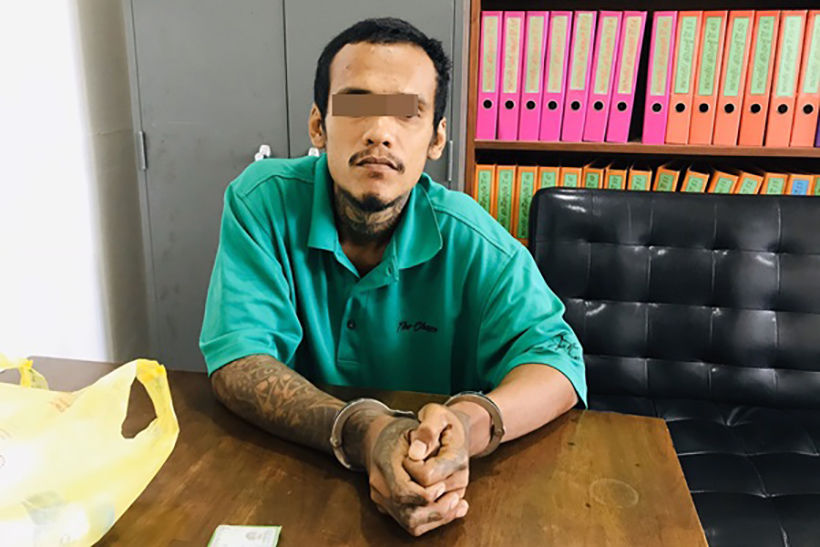 Phuket police have arrested a man who attempted to rape a woman in Krabi.

Phuket police held a press conference to announce the arrest of 29 year old Nantachai ‘Loob’ Boonrak, who was earlier reported trying to rape a woman harvesting mushroom in a forest in Ao Luek district, in Krabi.

The man was arrested at a room in the Ban Pon government housing project in Thalang District of Phuket two days ago.

The incident happened on October 20 when he allegedly tried to rape the woman. The story went viral on the internet on November 4. After investigation, police found that the man had fled from Krabi to Phuket. Police also received a call from locals through the 191 hotline saying that they saw him at the government housing project.

Around midday on November 5, police found him as he was eating food and wandering back to his room at the project, so they followed him before confronting him in his room.

Nantachai confessed that he attempted to rape the woman. He told police that, before the incident, he took one amphetamine pill and rode a motorcycle with his uncle to hunt squirrels in Moo 5, Khao Yai sub-district, around Ao Luek.

His uncle headed home before him so he was walked back home alone. On the way, he found the woman was collecting coconuts in her bag so, as he explained to police, he went straight up to her before started hugging and kissing her cheeks. He pushed her on the ground before she started screaming and kicked him in the stomach in an attempt to escape.

He returned home after that and laid low until November 4 when he took a bus to Phuket where his friend picked him up and brought him to the place in Thalang.

Nantachai was charged over a murder when he was 16 years old and was released in 2012. He then moved to Phuket for work before getting arrested again for drug cases several times. He was also charged for attempted rape and murder in 2005, robbery in 2011, drugs possession in 2012, escaping prison in 2015, drug possession again this year, as well as for this attempted rape case. Keep in contact with The Thaiger by following our Facebook page.
Never miss out on future posts by following The Thaiger.
News Categories:CrimeKrabi
Related Topics:fled to PhuketKrabirape
Up Next

Wishuda Vittayasinthana, a 37 year old businesswoman, was interrogated at Bangkok’s Bang Sue Police Station yesterday following a major traffic incident on Tuesday night. She told police she went out drinking due to business stress before crashing her Mercedes into a motorcycle at Khae Rai Intersection around 10pm. In a panic, she lost control of the car and rammed into more vehicles and passersby as she was being chased by the original motorcycle owner and police. She said was afraid of being attacked by the people whose vehicles she hit, so she didn’t stop. She told the officers that she […]

Police today ruled out the possibility of murder in the death of a key witness in Red Bull drinks heir Vorayuth “Boss” Yoovidhya’s hit-and-run case. The regional police commander in Chiang Mai, where the witness died in a motorcycle incident last month, said new autopsy results found no trace of any suspicious substance apart from alcohol in Jaruchart Mardthong’s body. Investigators ruled his death a drunk driving incident. A high concentration (218 milligrams) of alcohol was found in his bloodstream. “All the evidence suggested that it was an accident. We also found no evidence which suggests the driver of the […] 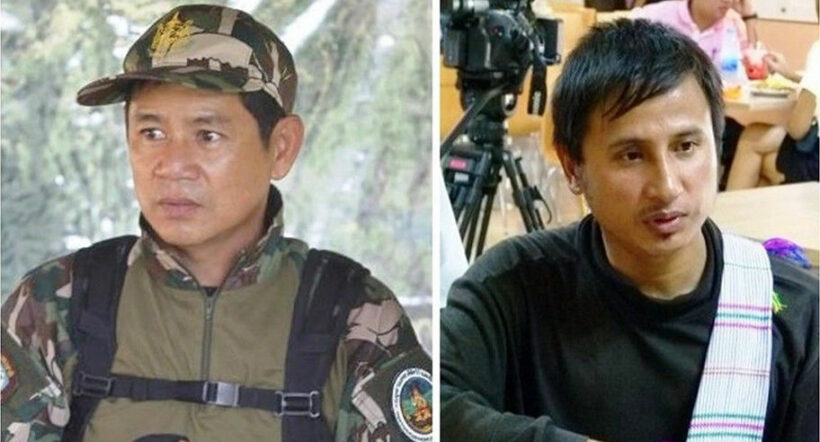 Thailand’s Department of Special Investigation has announced it will challenge prosecutors’ decision to drop charges against 4 men allegedly involved in the presumed murder of a Karen land rights activist. Department director Korawat Panprapakorn said there is sufficient evidence and eyewitness testimony to press murder charges against the 4, including the former chief of Kaeng Krachan National Park, for the abduction of Porlajee “Billy” Rakchongcharoen in 2014. He was never seen again. “After receiving the decision from the prosecutors, we went through all the evidence, including eyewitness accounts, material evidence, forensic evidence, as well as comments from experts, and found […]