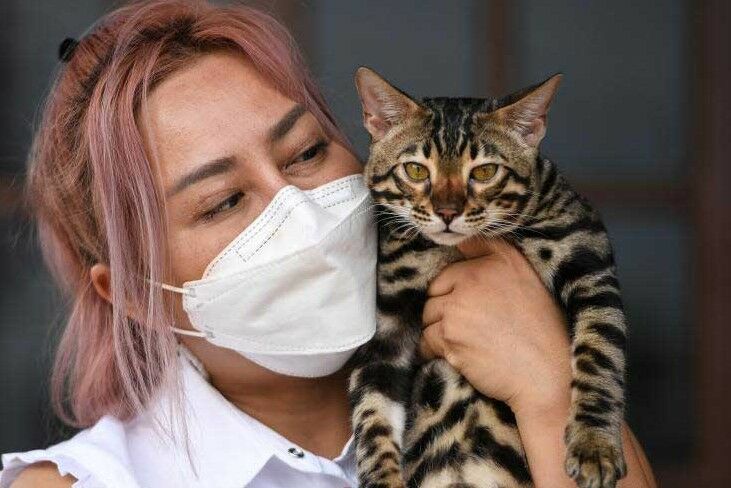 A cat lady has taken in 6 pedigree cats who were auctioned off yesterday after their owner was arrested in a drug raid. The auction proceeds went to the Narcotic Control Fund, which organises drug raids. The 6 cats, consisting of 5 Scottish Folds and 1 Bengal breed, were sold to Nutch Prasopsin, who owns a Facebok fan page called, “Kingdom of Tigers.” Her page is followed by 3 million cat lovers, who pitched in to help her raise the 100,000 baht winning bid.

“I was very excited. I had very much hoped that the cats would end up in my care. I’ve been following their status since the very first day.”

The auction was held after giving the owner a 30 day window, who remains at large, to claim the cats and prove they were not bought with drug money. As that window expired, the cats were now considered to be living assets and were mandated by law to be auctioned. However, other pets, maybe not of a pedigree breed, have never been reported as being auctioned off. It is unclear, how many pets have been confiscated during drug raids.

Regardless, the newly adopted cats will share a home with Nutch’s other 20 felines. Pornthip Jampong of the regional narcotics board emphasized that the cats needed to be adopted as a group as they had been through quite an ordeal.

“They were living together so they would be familiar with each other. If we separate them, this may cause them to stress or have psychological effects.”

The owner, was arrested and charged with being involved in an illicit drug trafficking network. He goes by the name of Soradet Sonsiri, better known as “Kook Rayong.” It is unclear why he didn’t show up to claim the cats, as there is no information on whether he is currently jailed. If he didn’t show up, the reasons are due to his incarceration or his inability to prove that he didn’t purchase the pedigree cats with drug money.