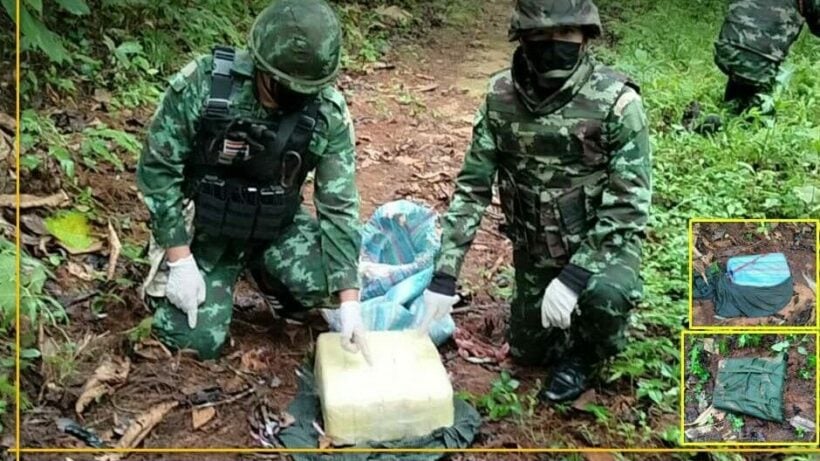 Yesterday, drug smugglers transporting their wares near the Myanmar border in Chiang Mai left 4 million methamphetamine pills behind after an army patrol attempted to stop them.

The accidental drug-drop-off happened in the Fang district in northern Thailand.

The patrol caught sight of 2 men carrying olive green backpacks walking alongside a natural border yesterday. The soldiers requested the 2 men stop walking and submit to a search. The men bolted back in the direction of the border, instead.

It was not clear whether they abandoned their packs as a precautionary measure or in their haste to flee the patrol. The soldiers searched the packs and found each contained 100,000 methamphetamine pills.

Later, the same patrol saw another group of men. This time, there were 20 people who fled rather than being searched and subjected to legal hassles. Reportedly, the group was undeterred by a warning shot the soldiers let off. When the group absconded into the forest, they parted ways with 33, also green, backpacks. Inside, the bags contained nearly 4 million methamphetamine pills.

The police did not say, based on the smuggler headcount, whether some of the smugglers carried more than 1 backpack.

The army announced their drug findings and smuggler run-ins at a press conference held today.