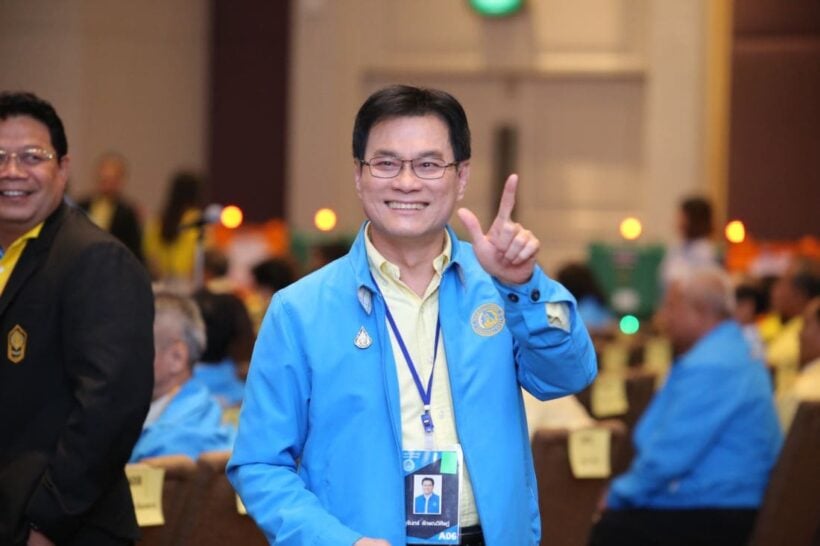 “Everything is OK. There have been no changes to ministry portfolios. The Democrat seats in Cabinet are secure.”

Democrat Party leader Jurin Laksanavisit has been dismissive this morning about weekend reports of factional members within Palang Pracharat wanting to reclaim ministries in the new parliament. He says confusion over the ministerial portfolios in the new government arose after members of a Palang Pracharat faction said that the allocations hadn’t been settled.

Jurin conceded that there had been numerous postings over the weekend, and duelling Tweets between a spokesperson from Palang Pracharat and the Bhumjaithai leader, saying that the allocation of cabinet ministers had not been concluded.

Mr Jurin says that the Democrats will discuss the issue of their MPs acting as ministers for the new Cabinet. He said this would follow the confirmation of the election of Prayut Chan-o-cha in parliament last week receiving royal assent.

Speaking to the Bangkok Post, Jurin said that the new PM was entitled to consider the cabinet line-up before it was submitted for royal approval.