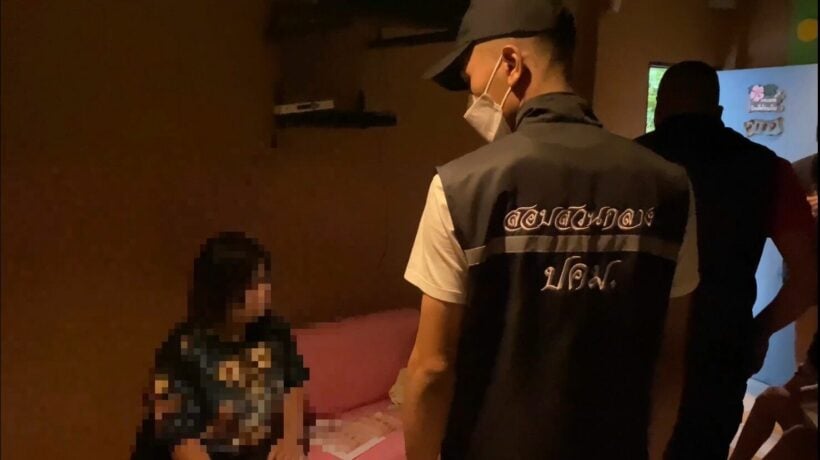 Two teenagers were arrested for allegedly running a prostitution racket where underage girls would provide sexual services. The 16 year old and the 19 year old were arrested at a hotel in Kanchanaburi’s Muang district by a task force investigating human trafficking. Officers also say they rescued two 15 year olds who were at the hotel and were hired to perform sexual services.

The suspects allegedly used Twitter to recruit teenagers. A Twitter account, which has not been taken down by the social media company and has more than 7,000 followers, posted sexually explicit videos and advertised prostitution opportunities for teenage girls and young women ages 16 to 18. Some posts say they offered to pay 1,300 baht. Police say the suspects would claim to be women around 25 years old.

“The two suspects, claiming to be mature women of 25, would invite young girls to join their business… They would drive the girls to the hotel their client was at and collect the money. They would then pocket 400 baht as their fee and give 900 baht to the girls.”

The Twitter page was created in April and police say they suspect the teenagers have been running the prostitution racket for about two months, adding that many of the brothels in the western province have been shut down by police. Officers say they had been keeping an eye on the Twitter account.

Benroon
Social media, the curse that just keeps giving ! ?
DiJoDavO
How is it that I got banned from Twitter for having an argument with someone about gender pronouns, but this is allowed?

AlexPTY
It's getting harder and harder since gold shops are closed

Ubon2530
4 hours ago, DiJoDavO said: How is it that I got banned from Twitter for having an argument with someone about gender pronouns, but this is allowed?  Because Jack Dorsey is a wanker. The stupidity of claiming to be 'non-binary…