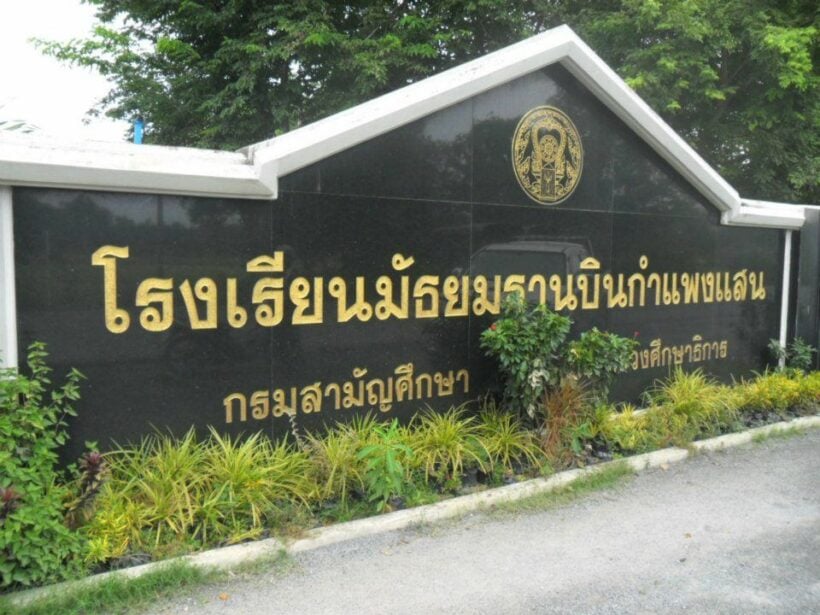 A teacher in Nakhon Pathom province just west of Bangkok, identified by students as a serial sexual predator, has been suspended an education official said yesterday.

The teacher at Matthayom Than Bin Kamphaeng Saen School, whose name was not supplied, was transferred to an inactive post and placed under investigation, according to secretary-general of the Office of Basic Education Commission, Amnat Wichayanuwat. The move came after students at the school aired their complaints on social media.

“I have been informed of the incident. I ordered a local office to remove him from active duty and set up an investigation committee. This a serious offense. If found guilty, he will be fired and we will take legal and disciplinary action against him.”

Details of the teacher’s alleged abuse emerged after students’ rights groups Education for Liberation of Siam posted a photo showing the teacher embracing a male student inside a classroom. It read:

The group added that the man had been abusing male students for some time: screen captures posted by the group showed he also posted pick up lines on students’ Facebook pages.

It is unclear how long the abuse took place, or how many students were abused. The school’s director Supranee Yhulerk said she could not disclose details as the investigation is  ongoing.

“We are not hiding the truth, but it’s a matter of protocol. The school is doing our best to protect the students.”

Sexual assault in educational institutions is not uncommon in Thailand. Last year, 17% of the participants in a survey of over a thousand Thais said they have experienced sexual harassment in school.

In 2016, a teacher was suspended for posting videos of him having sex with students on his Twitter account, but he reportedly returned to teaching two years after being exposed.

Matthayom Than Bin Kamphaeng Saen School is a public school located inside an air force base in Nakhon Pathom province. It is attended by about 2,500 students.