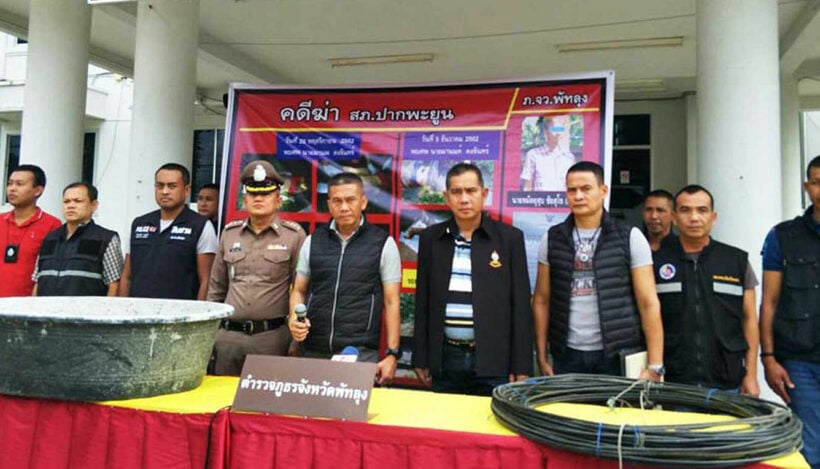 A 55 year old teacher has been arrested for the murder of twin brothers who, according to the police report, stole limes (lemons) from his farm in Phatthalung Province, southern Thailand. Police announced the arrest of Madyusup Chaisukkho, an English teacher at a public school in Pak Phayun district, for the deaths of 31 year old Manop Khongchan and his twin brother Manon.

Madyusup has been charged with first degree murder and concealment of evidence. Electrical wiring, a metre-diameter fibreglass tank and a pickup truck were seized in the arrest, according to the provincial police chief. Police say Madyusup has confessed to all charges during interrogation.

He told police that thieves had been stealing limes from his farm almost every night. He said he laid electrified copper wire at ground level as a deterrent, never imagining that it would kill anyone.

In his statement Madyusup said he got scared when he found the two electrocuted bodies and dumped them far from the farm. But the victims were of large build, and investigators didn’t believe Madyusup acted alone, or that he was providing police with the whole story. Police speculate up to six people could have been involved.

Madyusup’s farm is about a kilometre from his house, according to police.

Local residents found Manop’s body and motorbike in a local reservoir on November 28, about 2 kilometres from the farm. A week later, his twin brother Manon’s body was found in a drain in the same area, about 600 metres away.

Police launched an investigation after the victims’ parents reported them missing, fearing they’d been murdered.