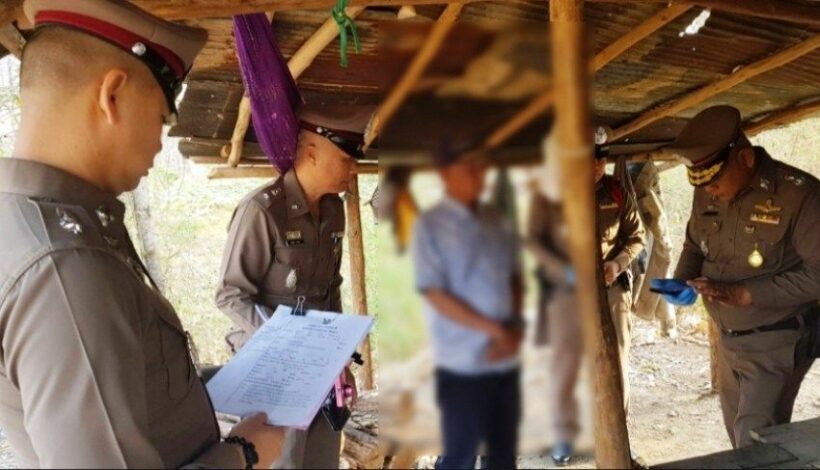 PHOTO: Udomsilp Thithamma at the time of his arrest - Chiang Rai Times

Udomsilp Thithamma was arrested at his shelter in the compound of a rock crushing plant. Bundles of mosquito repellent sticks bound with matches were found there during a raid. Udomsilp reportedly claimed they were intended for burning grass and shrubs on his farm land, which is prohibited.

Forest Department director-general Atthaphol Charoenchansa told Thai media that officials were tipped off by villagers that the suspect had set several fires in the Mae Jang forest reserve, damaging about 16 hectares of forest. He says officials dismissed the suspect’s claim and are investigating whether others are involved. 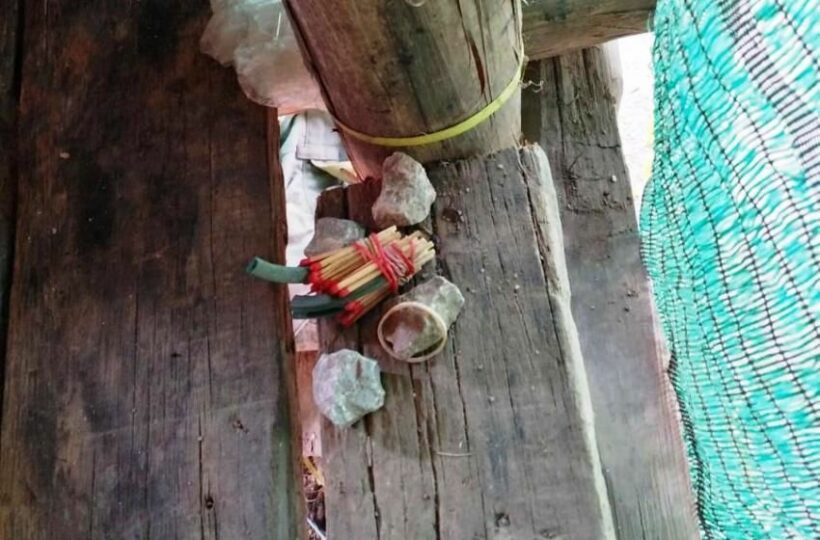 A conviction for setting fire to forests is subject to a prison term of up to 20 years and/or a maximum fine of two million baht.

Wildfires, largely due to crop field burning, continue destroying forests across Thailand, especially in the North. The hardest-hit area is Lampang province, where fires have ravaged national park and wildlife sanctuary areas.

Officials of the Doi Pha Mueang Wildlife Sanctuary in Lampang say the forest fires also wiped out 13 Rai of forest in a single day, including seven rai in conservation areas of Tham Pha Thai National Park.