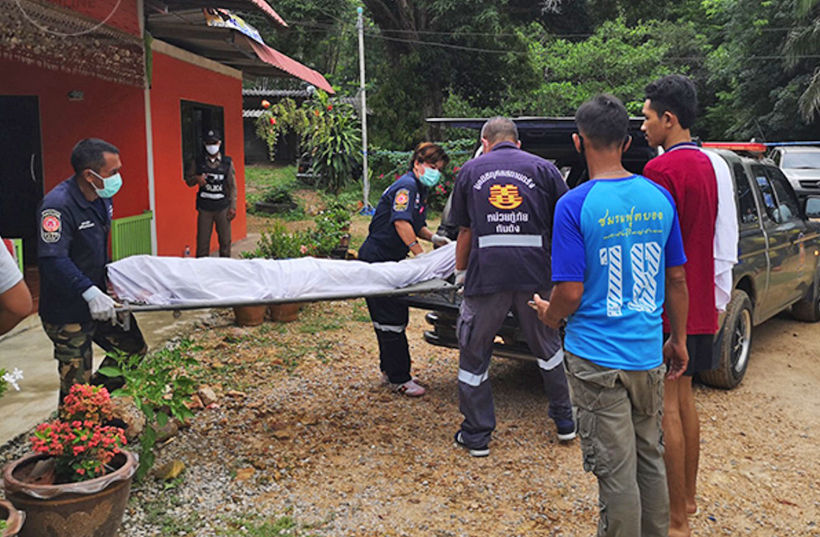 A murder suspect in Thailand’s southern Trang province committed suicide as police moved to arrest him yesterday. Authorities say he was one of three gunmen in the murder of a driver in neighbouring Phatttalung province last year.

40 year old Haron Usen was hiding out with his girlfriend in a house in tambon Bang Sak. Provincial and local police surrounded the house about 11am, armed with an arrest warrant issued by a Phatthalung court for collusion in murder.

Officers had Haron’s mother with them, hoping she could persuade him to surrender, but after a 3 hour standoff, the suspect still refused to give up, sending his girlfriend out of the house to safety instead.

Shortly afterward a gunshot rang out. Police say the suspect shot himself in the head with a  hand .357 pistol. He died as a result of his wounds. Police also found a 9 millimetre pistol hidden under the bed. The body was taken to Kantang Hospital mortuary.

On September 5 last year, a group of armed men in a pickup truck opened fire at a car in Phatthalung’s Muang district at about 4:30am. The driver was killed and the 3 passengers fled unharmed.

Police identified Haron as one of the gunmen.