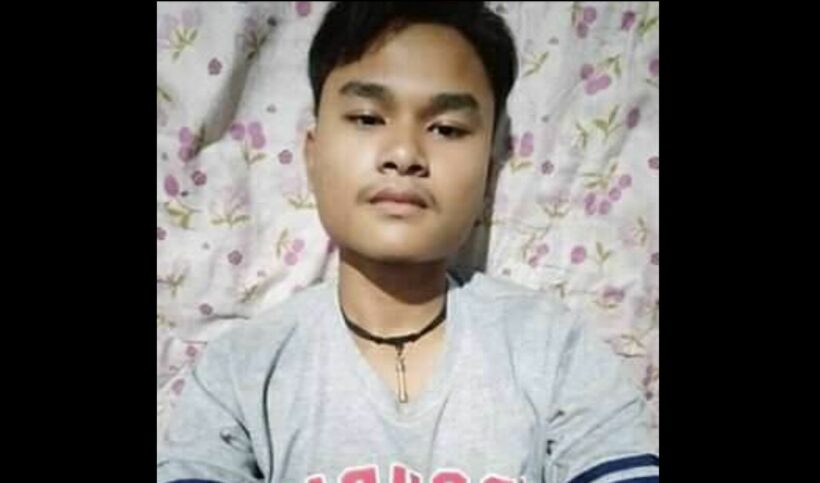 The Tangmo saga has had far reaching consequences, beyond a drowning mystery of a Thai TV star that has sparked Thai social media into a frenzy.

Now a 20 year old has died from injuries sustained on March 3 when he fell from a balcony at a condo in Lat Phrao.

Pattarathida “Tangmo” Patcharaveerapong drowned in the Chao Phraya on February 24 after falling off the back of a speedboat. The investigation into her death continues amid speculation, rumours and allegations of botched autopsies.

Read more about the let in the Tangmo investigation HERE.

The young author, Pichitchai Pangtong, had already had a number of his stories published, mostly Japanese homosexual love stories and tales about mythical Chinese history.

Pichitchai met with 30 year old Witthaya Changsalak on the day of his death where the pair allegedly got into an argument about the 27 year old actress’s death. Pichitchai told Witthaya about his theories and that he believed he knew about the circumstances and the people involved in her death.

Police are continuing their investigation but Witthaya claims he was not involved in Pichitchai’s jump from the balcony or that he pushed him.

Police have charged Witthaya with taking “ice” and drug possession.

Pichitchai’s 55 year old mother, Suchitra Ounkaew, later told police that she suspected Witthaya because of his demeanour when speaking to reporters, claiming he was “laughing” while being questioned.

Meanwhile Pichitchai’s step sister, 26 year old Nichakan Hongsaphan, told police that she was unaware that her younger brother was involved with drugs and also voiced her suspicion over the fall from the balcony.

Police are currently awaiting the results of Pichitchai’s autopsy and have not ruled out any motives.