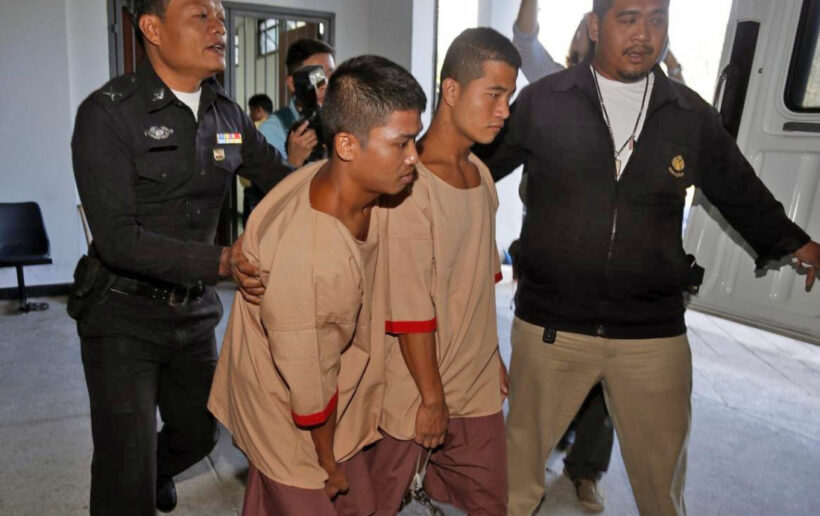 A lawyer from the Thai Bar Council and a member of the Thai Human Rights Commission says that the Burmese workers accused and convicted over the 2014 Koh Tao murders could have their death sentence stayed if granted a royal pardon.

Speaking to the press, Rastada Manoo Rastada, who represented Zaw Lin and Wai Phyo during the murder trial, says the Myanmar government would need to formally request the royal pardon via letter, the first stage in the process.

“The clemency application must be submitted to His Majesty the King within 60 days from the date of conviction so it must be submitted on or before October 28. We have already drafted this mercy plea for royal pardon.”

Following the brutal murders of Britons Hannah Witheridge and David Miller in September 2014, the Myanmar migrants were arrested and charged with illegally entering Thailand, rape, theft and murder.

They initially confessed to the charges but later retracted their statements, alleging they had been tortured and forced into confessing.

Their trial ran until December 2015, when both men were sentenced to death at Koh Samui district court. The sentencing was hugely controversial, with widespread accusations that the men had been framed.

A recent attempt to have the conviction overturned failed.