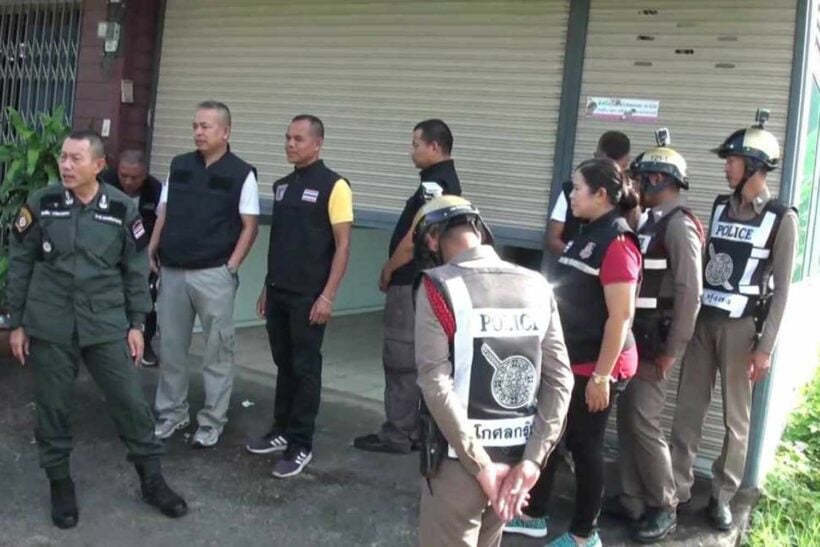 A Burmese drug trafficker has been shot dead in a gunfight with police in the southern province of Nakhon Si Thammarat. The ambush was the result of a sting after police pretended to be buyers.

The house was used to produce and store crystal methamphetamine and other drugs, according to police.

The alleged Burmese trafficker, who rented the house, and named only as “Ou,” was shot dead in a firefight with police Nakhon Si Thammarat, the Bangkok Post reports.

Ou agreed to deliver deliver drugs to police posing as buyers. When he arrived in his pickup trick he was surrounded by police.

Ou opened fire as he tried to escape. Police returned the fire, shooting and killing him. Police searched the man’s truck whcih ended up in a roadside ditch. They found about a kilogram of crystal methamphetamine and 10,000 methamphetamine pills. They extended the investigation to search the house.

Kittiya claims she didn’t know her husband was from Myanmar, and that he had told her he was from Chiang Rai and ran a used car dealership. She told police she met him on Facebook.

Kittiya said she and Ou stayed at another rented house and that she knew nothing about the house where the drugs and equipment were found. Police say Ou was a major international trafficker who had been wanted since on a warrant since last year.