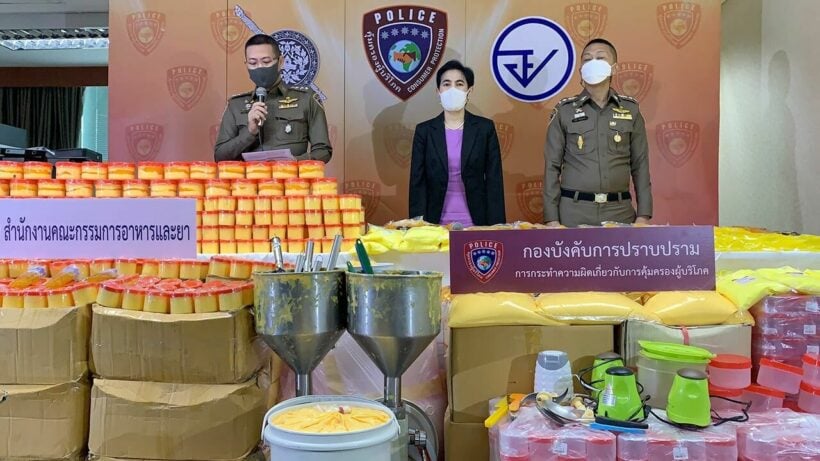 The “Cambodian cream with red cover” was advertised on social media with claims that it could whiten skin within 7 days no matter how dark the skin is.  Apparently, the product has been “rampant” in the country since 2010, according to Food and Drug Administration deputy secretary-general Supattra Boonserm.

Cream tested in an initial examination contained mercury, hydroquinone, retinoic acid and steroids, which are all banned by the FDA and could cause negative health effects with prolonged use, like thinning of the skin and photosensitivity. Supattra says the products also did not have the required FDA labels or other permits.

Police arrested the alleged producers, but reports do not say how many people were allegedly involved in the operation. The suspects face charges for allegedly violating Thailand’s Cosmetic Act for allegedly making and selling cosmetic products without permission. The charges carry a punishment of up to 6 months in jail and a fine up to 50,000 baht.

Altogether in the 4 raids, police seized 1,989 jars, 523 bags of mixed cream, 30 tubes of vitamin C, 80 kilograms of raw materials and equipment used in making the cream. Police say the factories had the capacity to make up to 500 jars of cream per day.