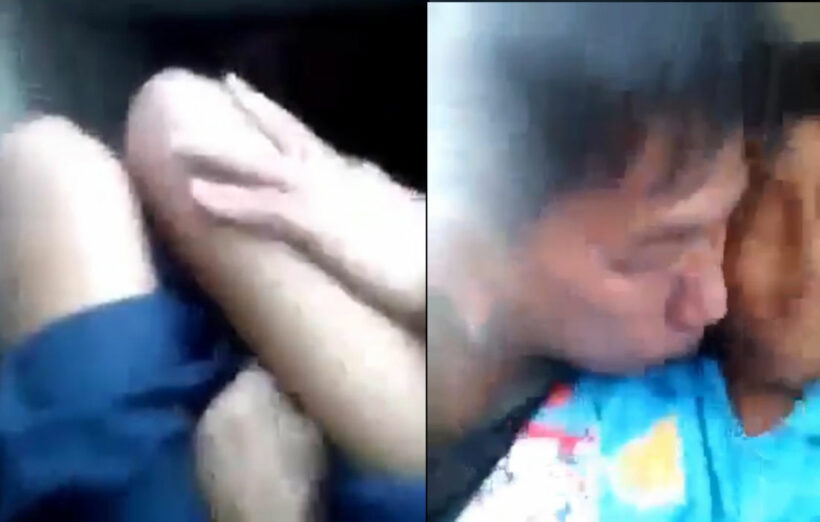 An OrBorTor President in Tai Muang District, Phang Nga has been forced to resign from his duties after a video clearly showing him sexually abusing a twelve years old girl went viral over the Internet last week (June 26).

Government officials went to visit the girl in the video and found that she lives with her 54 year old grandmother and 16 year old sister since her parents were divorced. She told the officials that the man had taken her to his car and tried to touch her, claiming that it was needed for curing his Coronary Artery Disease, according to traditional Chinese medicine, and promised to pay her for her ‘assistance’.

Officials tried to take the girl to a children shelter for protection but her grandmother prevented them from removing her from the house. They also discovered that the OrBorTor President sent his people to meet with the grandmother and ask that whoever posted the video to delete it.

The young girl explained that the President usually drove her to isolated areas, but would also ask her to go to the OrBorTor office where he kissed, touched and unclothed her.

She said that they never had sex as she wouldn’t allow him. She consulted with her older sister, who is studying in a vocational college, and found out that he had done the same to her in the past.

She decided to record a video of their last meeting because she wanted to have proof to send her friends to explain her stressed condition. She said that she wanted the meetings to stop. Once the video was sent to her friends, it quickly went viral on the internet.