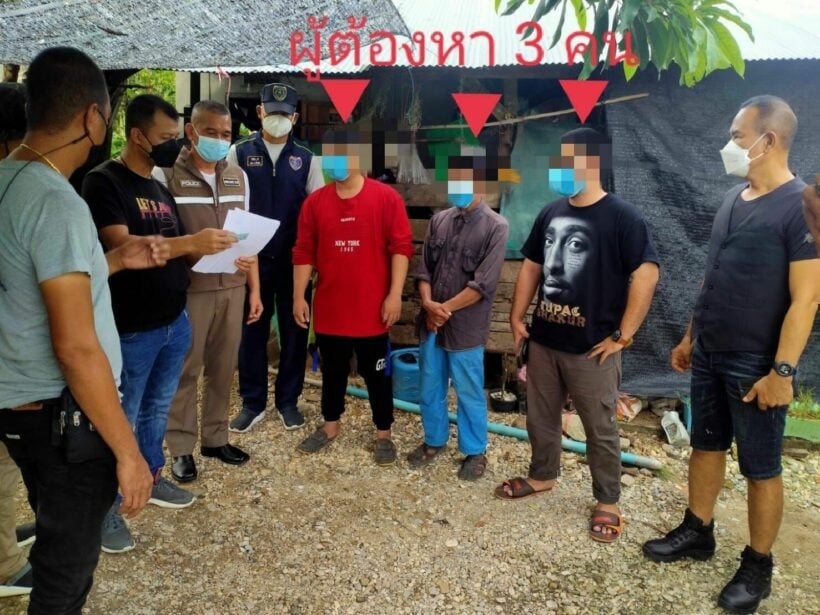 The father and two stepbrothers of a 12 year old Thai girl have been jailed for the alleged rape of the child.

The father, 46 year old Yapard Aree-air, and two stepbrothers, 19 year old Arun Saeng-atit, and a 17 year old Khao, were arrested and charged, after the girl reported the incident to police in the southern province of Nakhon Si Thammarat.

Da, accompanied by her aunt, visited Tha Sala Police Station on Monday, August 1, to file the complaint against her father and two stepbrothers.

She told police that she had been repeatedly raped by her father and two stepbrothers for months.

The aunt told police that Da’s mother divorced the girl’s father several years ago and left the daughter living with Yapad and his new wife.

The aunt added that her niece was raped by Yapad when they were at home alone, as did the two stepbrothers when they visited the home of their mother.

Da decided to flee to her aunt’s house and revealed what happened.

All three suspects were charged with sexually assaulting a child aged under 15 years old. Arresting officers revealed the alleged rapists refused to answer any questions.

The father and older stepbrother, Arun, will be imprisoned in a provincial prison while the sentence of the younger stepbrother, Khao, will be judged by the Nakhon Si Thammarat Provincial Juvenile and Family Court as he is under 18 years old.

The media reported that locals living nearby the family condemned the action of the three men and hope they will face the full force of the law.

Section 277 of Thai law states that: Whoever, has sexual intercourse with a girl not yet over fifteen years of age and not being his own wife, whether such girl shall consent or not, shall be punished with imprisonment of four to 20 years and fined of 8 thousand baht to 40 thousand baht.

DoUKnowWhoIAm
1 hour ago, Thaiger said: punished with imprisonment of four to 20 years and fined of 8 thousand baht to 40 thousand baht. Atleast it wasn't the usual joke "and/or a fine".
Fanta
Hopefully it is 4 years for each instance of rape.

Hong Kong man goes to Thailand to meet ‘lover’, gets trafficked to Myanmar