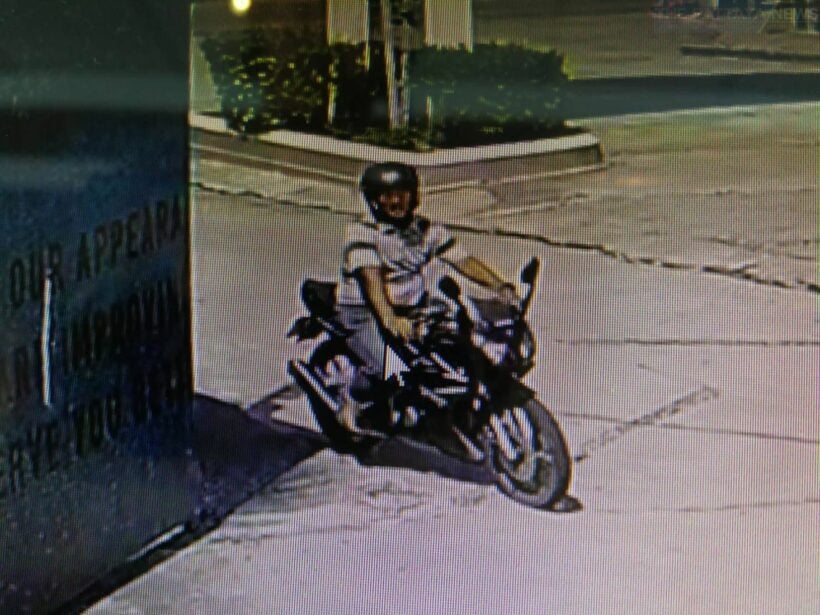 A thief has been arrested in Pattaya for stealing a purse from a tourist unpacking luggage at a local resort. He has claims he needed the money for Loy Krathong.

The incident happened last Saturday at a resort near the Nongprue public park. CCTV footage shows the suspect snatching the bag from a female tourist before speeding away on a motorbike.

The victim tried to chase after him but wasn’t fast enough, and he got away.

He admitted he needed money for Loy Krathong and gifts for his family and claimed he had no other options. He has been charged with theft and remains in custody.