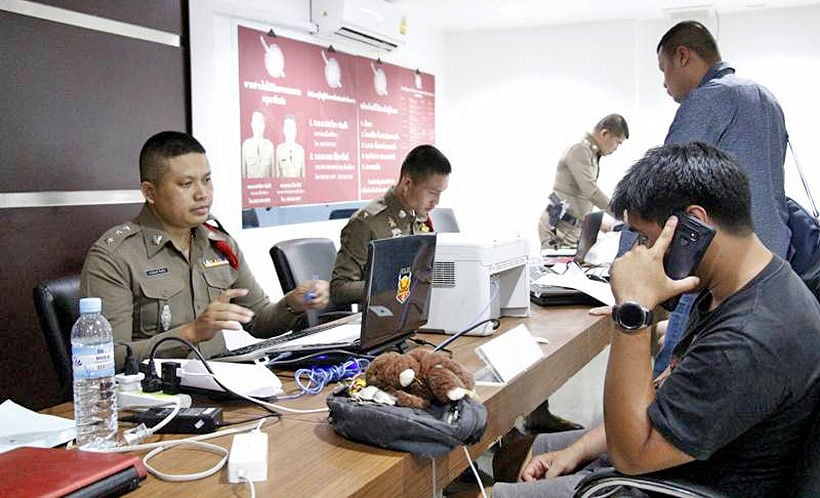 Four Pattaya police have been caught out trying to extort payment from a person in an e-cigarette sting. But the person they were trying to get payment from was the son of a deputy police commander in Isaan, in Thailand’s north east.

24 year old Phanuwat Suban Na Ayuthaya reported the alleged extortion to Pattaya police yesterday. He claims he was picked up and 40,000 baht was demanded as payment, otherwise the police said he would be taken to the police station and charged.

Daily News reports that he told police that he had been contacted to meet a man at a petrol station in South Pattaya to buy two sets of e-cigarette smoking liquids (vaping liquid). But four police were waiting for him in the apparent sting. They identified themselves as Region 2 police, put him in a police pick-up and told him they were taking him to the police station for charging.

On the way, according to the man’s report, one policeman said he would be released if he paid them 40,000 baht. Not having the cash on him at the time, Phanuwat offered his gold bracelet (valued at 20,000 baht) along with 5,000 baht in cash. It was agreed and he was released at the end of soi 13/2 on Beach Road.

As soon as he was released and went straight to the Pattaya police to file an official complaint.

The provincial police commander has ordered that the four men face full disciplinary procedures after viewing CCTV footage confirming the man’s story. Phanuwat had been charged with selling electronic cigarettes back in 2016.