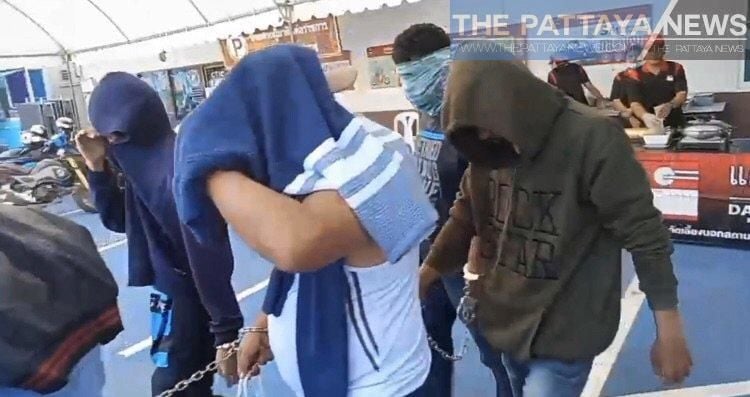 PHOTO: Captain Wuttikorn Plodprong a deputy investigator of the Pattaya City Police, and the four volunteers being led to jail - The Pattaya News

A police officer and four local police volunteers been arrested for extortion and abduction in Pattaya. Captain Wuttikorn Plodprong, a deputy investigator of the Pattaya City Police and the four volunteers for police were arrested Saturday, and are now in custody at the local remand prison.

The arrest comes after relatives of an accused drug dealer reported to the Chon Buri Provincial Police that the Pattaya City Police demanded 300,000 baht for the release of a  man who was allegedly caught with 200 methamphetamine pills.

The Chon Buri police then conducted an investigation, leading to a sting operation in which they publicly arrested the suspects right in front of the Pattaya City Police Station.

A spokesman for the Royal Thai Police says they face “severe legal action with no leniency.”