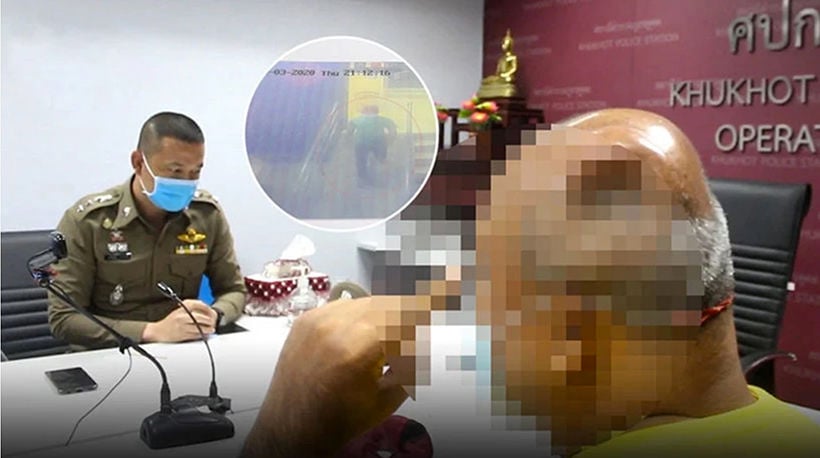 Police in Pathum Thani, just north of Bangkok, are tracking down a mysterious loan shark known as “Mrs. Millionaire”  to face charges that she hired a man to beat a vendor who owed her money, leaving him with permanent brain damage. The woman, whose age is estimated at around aged 65-70, dresses plainly and carries a large rubbish sack around, which reportedly contains the cash she lends to traders in local markets, including the one outside the Zeer Rangsit IT centre where the March 12 attack occurred.

Despite her modest appearance, she’s been dubbed the “100 million baht auntie” and linked to a gang which employs violence to chase down unpaid debts.

63 year old Weerapat Kampiranon, who’s run a market stall outside Zeer Rangsit with his wife, selling crab fried rice for the past 8 years, complained to Kukot police last week about the assault, which took place as he and his wife were packing up for the day. He had been in a coma for months.

The couple later addressed the media with celebrity lawyer Ronnarong Kaewpetch, who demanded Pathum Thani police explain why loan sharks were able to ply their trade freely around the market, even after the government told them to drive “informal lenders” out of business during the Covid-19 virus epidemic.

Weerapat says he was getting on his motorcycle while his wife went to the toilet when the attack occurred. A man wearing a cap and face mask hit him 4 times over the head with a heavy object, leaving him with internal bleeding and temporary loss of brain function, requiring 2 months’ hospitalisation.

His wife says she heard the sound of her husband being struck and raced out in time to see the attacker, who fled the scene. Pointing to a large caved-in area on the side of his head he told police he can’t remember much about the attack.

“Doctors say I have lost 10% of my brain capacity and the damage is permanent. I had to re-learn how to walk, and still stammer a bit.”

Weerapat’s wife says the past months were gruelling – medical bills for his care came to 100,000 baht, which they raised from relatives.

“He was in critical condition for 4 nights, and I wasn’t sure he’d make it. I was worried about losing the mainstay of my life. It was like bringing up a child. He had to start again.”

Weerapat said “100 million baht auntie” has many customers in the marketplace outside Zeer. He borrowed an initial 60,000 baht from her in late 2016 as he wanted to sell T-shirts and open a new branch of his stall. She charged monthly interest of 10%. He carried on borrowing and his debt at one point reached 80,000 baht, though she agreed to halve the interest 2 years ago when the economy soured.

Ronnarong, the lawyer, says Zeer Rangsit is well known for its loan shark lenders. Police have issued a 10,000 baht reward for information leading to auntie’s arrest, but say they’ve been unable to establish her name and know little about her. They say she’s unlikely to be as wealthy as her nickname suggests nor attached to any gang. 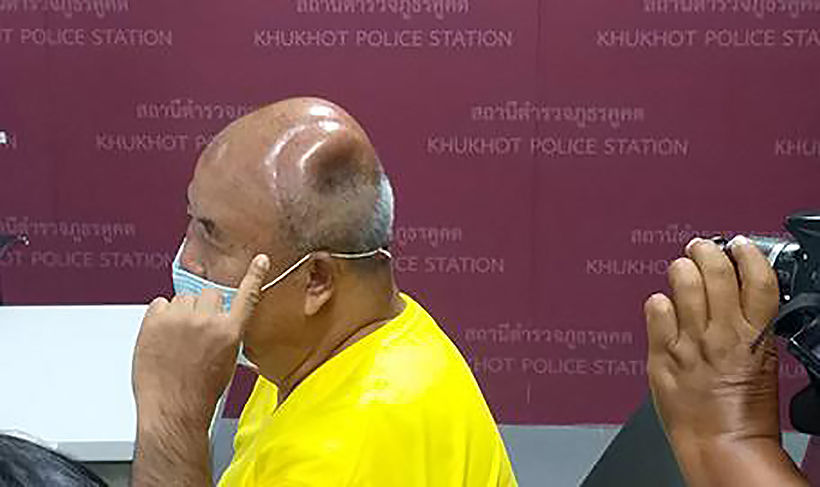