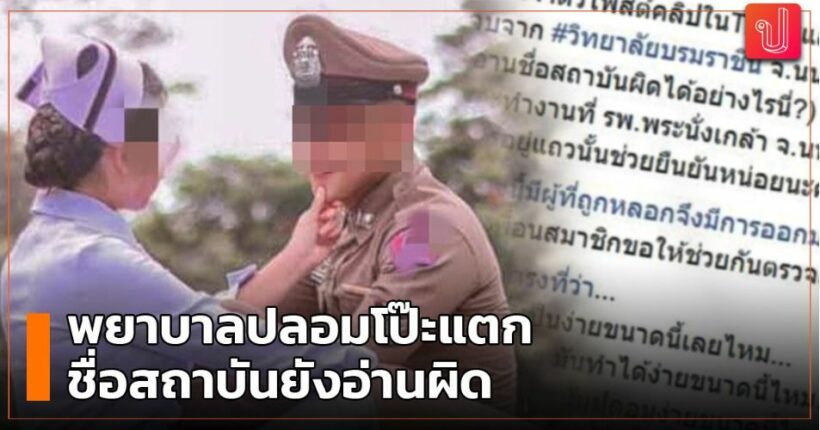 A woman in Nonthaburi, just north of Bangkok, has landed herself in hot water over a bit of cosplay: the Nurses Association of Thailand is seeking legal prosecution after she claimed to be a graduate of Borommarajonani College of Nursing and dressed as a nurse for a pre-wedding photoshoot with a police officer.

After the photos were posted online, a number of nurses noticed that she isn’t a nurse and told her she shouldn’t have made such a claim. She reportedly attacked them viciously and even threatened to sue them.

Netizens then investigated her social media pages and learned that she used to cosplay in a nurse uniform while performing a dance at her home, and she had passed ninth grade but had never attended a nursing institution.

The public relations head of the Nurses Association announced that “in order to preserve the dignity” of 220,000 nurses across the country, the association reported the case to Muang Nonthaburi Police Station.

The woman is accused of violating Section 27 of the Medical Profession Act by claiming to be medical personnel, and committing fraud by using the uniform of a professional nurse and midwife.

No mention of the cosplay photos like the one below.