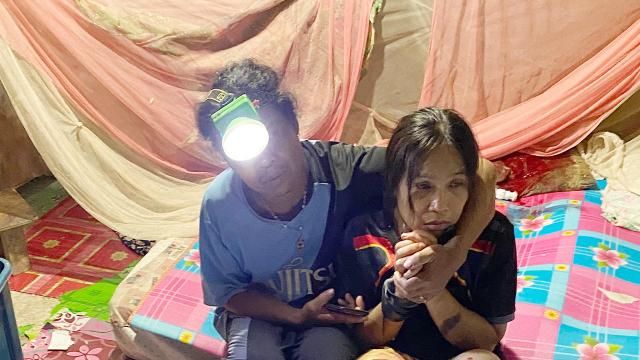 A mother allegedly slashed her 3 year old daughter’s throat in Surat Thani’s Phun Phin district. The child was sleeping beside her at their rubber plantation home.

Police say they found the child dead on the mattress, soaked in blood. They say the child’s throat had a deep cut. 43 year old Bupha Yuensuk admitted to the murder, police say.

On the morning before Bupha allegedly killed her daughter, she had a panic attack and was worried her daughters would be gang raped, according to her husband, 43 year old  Sathit Uantui.

That night, Sathit, who was sleeping in another bed, woke up and saw his wife trying to cut her own neck, he says. He quickly took away the knife and saw his 3 year old daughter next to her, dead. He then called the police.

Sathit told police the family moved from the Isaan province Sakon Nakhon down south to Surat Thani’s Phun Phin district to work as rubber tappers. The family brought their 2 daughters along with them, ages 3 and 8. They also have a son, but he stayed up north with the grandmother.

Police are still investigating and plan to press charges.