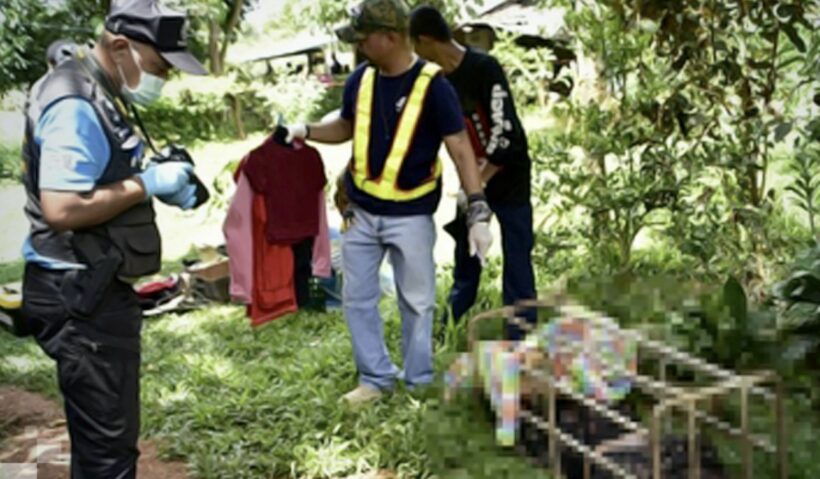 A Phatthalung man has been arrested over the killing of his 23 year old girlfriend. He has been identified as 20 year old Natthapol Dumsin. The man allegedly smashed her head repeatedly, killing her because she said she wanted to break up with him. Police say he has now confessed to the crime.

Phatthalung Police acted after receiving reports of a female corpse being found packed inside a cage outside a house in Khuan Khanun district, in the north of Phatthalung province, southern Thailand. The body was found laying face down, with the forehead and left eye smashed in. There had been little attention to hiding the body in the cage. Police estimated that Kochakorn must have been killed at least 9 hours before, judging by the state of the body.

Natthapol initially denied being involved in the case but Police say he confessed to the assault after a long interrogation. He has since allegedly admitted to killing his 23 year old girlfriend after she told him she wanted to break up, and placed the corpse in the cage outside the house.