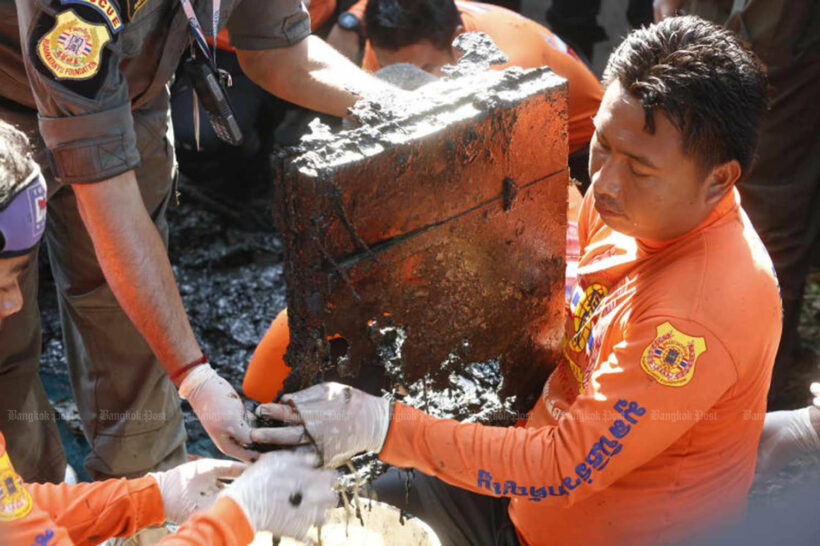 In a story that grows grislier with each new discovery… now an old metal casket with more than 30 human bones has been retrieved from a pond at the Bangkok home of Apichai Ongwisit, dubbed “Ice Heep Lek” (metal casket killer), who has already been charged with murdering his girlfriend and disposing of her corpse on his property.

Nearly 300 human bones have already been retrieved from the lake. At least 40 divers from various agencies participated in the search of the pond in Bang Khae district, west of Bangkok city. The pond, covering about two rai, was split into 14 separate zones for the search. After only 30 minutes divers recovered 10 bones and a knife.

Then around 2:20pm they discovered and brought to the surface an old metal casket containing at least another 30 human bones, including a skull, an eight kilogram dumbbell, a chain, T-shirt and pair of shorts and some rope. 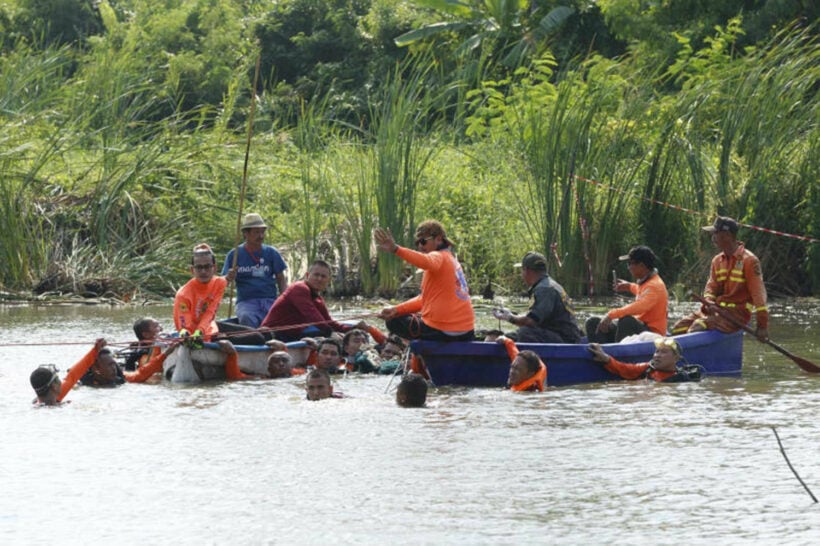 Piya Uthayo, Thailand’s assistant national police chief, were present during the increasingly grisly search. He says the skull and bones might be those of a small woman. The chief of Bangkok’s Metropolitan Police Bureau said the bones appear to belong to a woman over 18 years old.

Police now believe there could be three or more corpses.

Last Friday, divers retrieved the bones from the pond, about five metres away from where they found a human skeleton a week earlier. The skeleton was wrapped in clothes and a bedsheet and hidden under a massive metal object and fastened to dumbbells by chains.

40 year old Apichai Ongwisit was arrested at his house earlier this month after police found the body of 22 year old Warinthorn “Kuk-kik” Chaiyachet from Sakon Nakhon in the northeast.

Apichai has reportedly admitted to killing the woman in August last year. According to local media reports, Apichai used drugs and began an intimate relationship with the woman and soon fell in love with her.

He reportedly ordered her to sleep in a metal casket, which he locked to ensure she did not leave him. When he opened the casket in the morning, he found she had died from suffocation, or so the narrative goes in the Thai media.

31 year old Chanchai Nakhiew-ngam, a former girlfriend of Apichai, told police he has a violent temper and she believes there are more corpses on the grounds of his sprawling, 20 rai property, but denied any involvement in the deaths, according to police.

Prasitthichai speaks to the Thai media, “killings were unintentional”