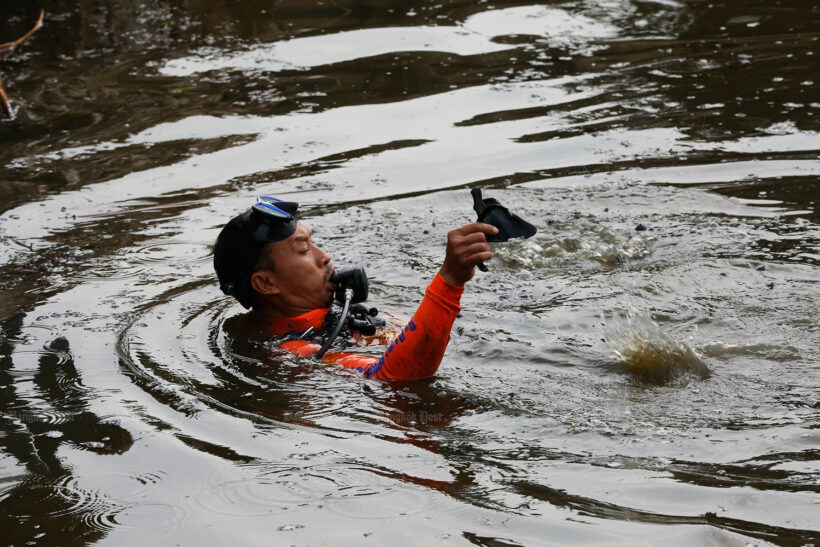 288 bone fragments have been retrieved from a pond near the home of a man who was charged last week with murdering his girlfriend and concealing the corpse. Forensic police have now identified most of the bones as ‘human’. The bones are currently being examined at Siriroj Hospital. Up to 20 divers were involved in yesterday’s grisly search.

Divers found the bone fragments in the pond about five metres from the location where a human skeleton was found last Thursday. The skeleton was still wrapped in clothes and a bedsheet and buried under a large metal gage weighed down with dumbbells. Police further believe that there could be more bodies, up to three, in the pond and are organising to have it drained. The home is in Bang Khae district, south west of the main city area.

Police had been speaking to a number of witnesses this week leading up to the discovery.

40 year old Apichai Ongwisit was arrested earlier this month after police found the body of his 22 year old girlfriend, ‘Kik’, wrapped in a plastic bag and buried on his property.

Police identified the body at the time after they recognised a tattoo of a fish on her back.

According to the Bangkok Post, the case started six months ago when Apichai and Kik filed an official complaint with the police. The complaint asked police to track down suspects who had allegedly sexually assaulted the 22 year old Kik.

Shortly after Kik’s family reported the woman missing. Police were unable to make contact with Kik to take the investigation further. A 50 year old ‘Chalermchai’ was arrested early on who was able to provide valuable information to police over Kik’s disappearance. 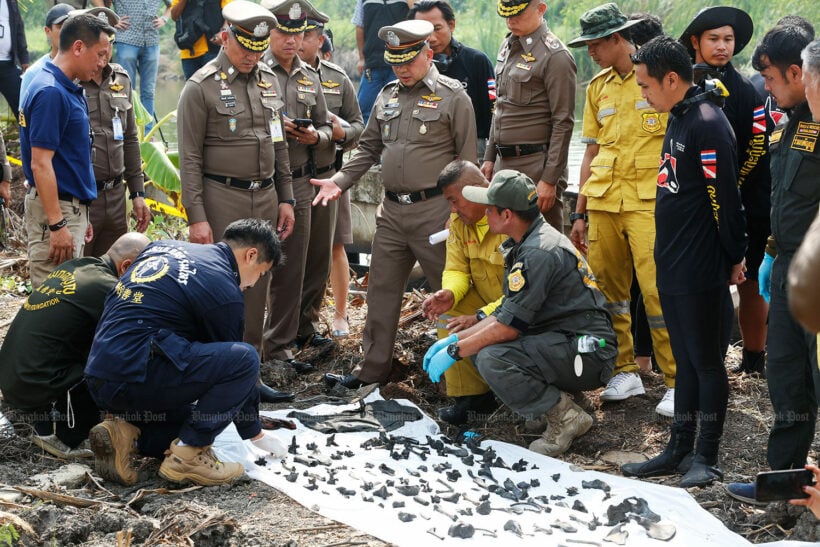