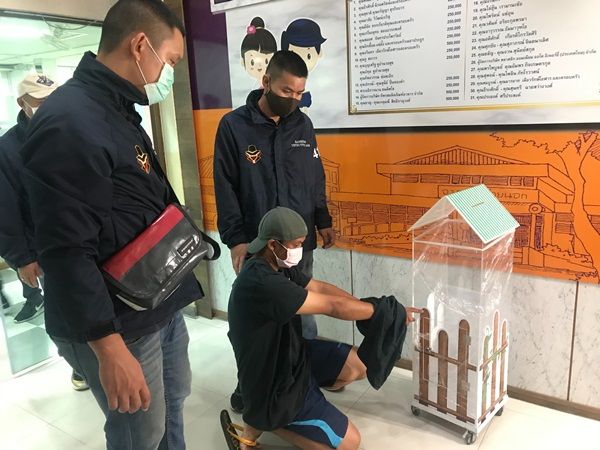 A 37 year old man was arrested for allegedly stealing donations from 2 hospitals in Chon Buri. Police say Arnon Kruanamkam took off with 10,000 baht in stolen donations.

Police say Arnon admitted to stealing the money and said he needed the money to pay off gambling debts. When interviewed by Pattaya News, Arnon said he was sorry and apologized to the hospitals and donors.