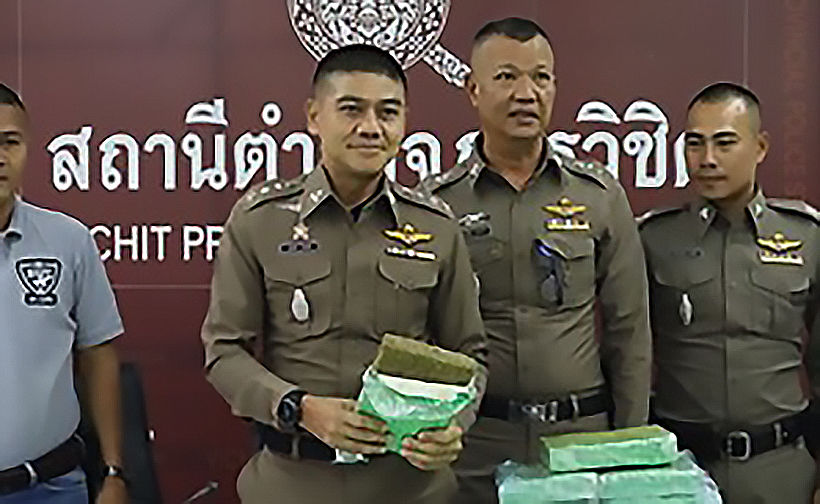 PHOTO: Wichit police display the 44 kilograms of dried marijuana valued at about B400,000, packed into one-kilogram packages - Wichit Police

A 60 year old man is in custody after he was found collecting 44 kilograms of dried marijuana, valued at about 400,000 baht, from a parcel delivery company in Phuket. Police told a press conference yesterday that officers got a tip that a large shipment of marijuana would arrive in Phuket via a parcel company on February 29.

On the Saturday they went to the office of the private delivery company in Phuket’s southeastern Wichit district, and watched for any suspicious behaviour. Officers spotted one man who was acting suspiciously, and demanded to examine a carton he was carrying. Inside it there were 44 packets of dried marijuana, weighing one kilogram each.

The suspect was arrested and taken to Wichit’s police station, where he confessed that this was the fifth time that he’d received a shipment of marijuana. 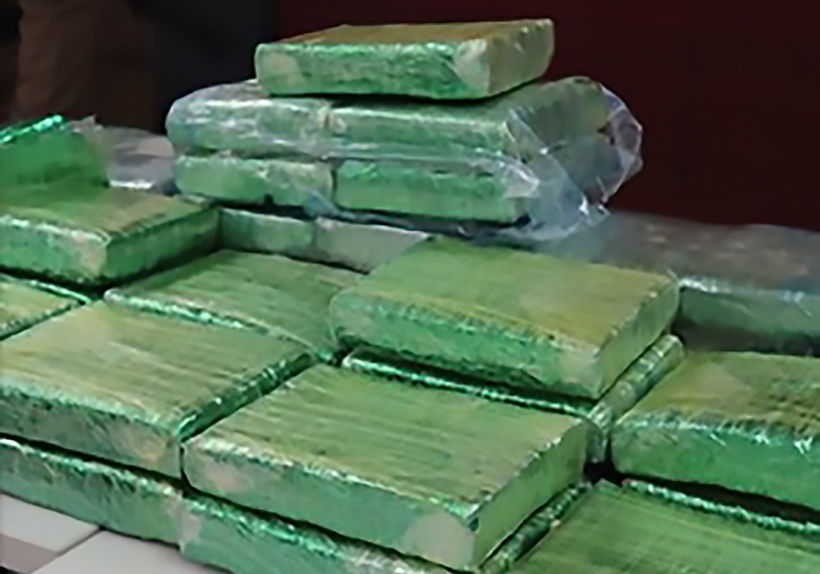 “He said he was paid less than B1,000 each time for receiving the parcel and distributing to his network.”

The man is charged with possession of a Category 5 drug with intent to sell.

Police declined to name the suspect or the delivery company.

Police told reporters that the box was sent from Bangkok. They checked the name of the sender, but the name was not in the civil registration database, and the ID card number given to the parcel company had only 12 digits, not the normal 13.

Police are continuing their investigation into who sent the package and who the shipment was sold to in Phuket.