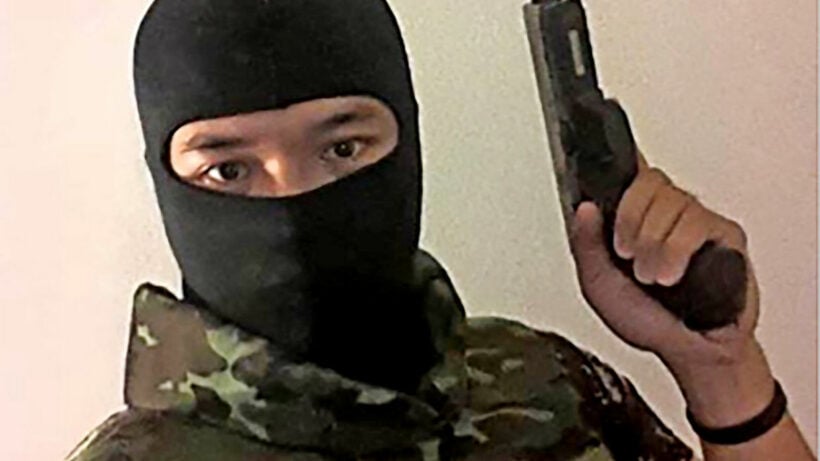 Hundreds of people were  evacuated from Korat’s Terminal 21 shopping mall by late last night following a late afternoon shooting spree that’s currently claimed the lives of 25 and another 31 injured. As of this morning the gunman is still holed up in the shopping mall, apparently with hostages. The shopping centre, and surrounding areas, remains in complete lockdown and under the control of the crack ‘Hanuman’ unit from the Crimes Suppression Division (CSD).

Television footage showed hundreds of shoppers, some with young children, running from the shopping centre. Countless social media streams also broadcast the confusion and news across the internet, including a livestream from the suspect. Crowds of people have been donating blood at local hospitals in response to request to help the many injured patients that started turning up at the Korat hospitals.

This is the way events unfolded yesterday…

The carnage began around 3.30pm when the Thai Army soldier shot dead his commander and two others at the Surathampithak army base in Nakhon Ratchasima, north east Thailand, before stealing weapons, ammunition and a 4-wheel drive Humvee.

The slain commander was identified as 48 year old Col Anantharot Krasae. Thai media reported that the gunman had some sort of conflict over money with his commanding officer, that escalated into an argument. The reported motive has not been verified by authorities at this stage. A 63 year old woman was also killed at the camp, along with another soldier.

The gunman then headed into town, shooting randomly at citizens along the way, as he made his way to the Korat Terminal 21 mall.

Around 6.30pm there was a flurry of social media showing the soldier getting out of the stolen 4-wheel drive in front of the mall and firing a volley of gunshots, sending people scurrying for cover. The gunfire was ringing out clearly on the streamed footage.

The gunman fired at a cooking gas cylinder. It exploded and burst into fire. He paused for a moment and took a selfie with the fire in the background.

The gunman’s Facebook page was taken offline a few moments later, around 7.20pm. Facebook later confirmed that it had removed the account and “would also take down any other violating content related to this attack”.

Facebook announced in a statement… “Our hearts go out to the victims, their families and the community affected by this tragedy in Thailand. There is no place on Facebook for people who commit this kind of atrocity, nor do we allow people to praise or support this attack.” 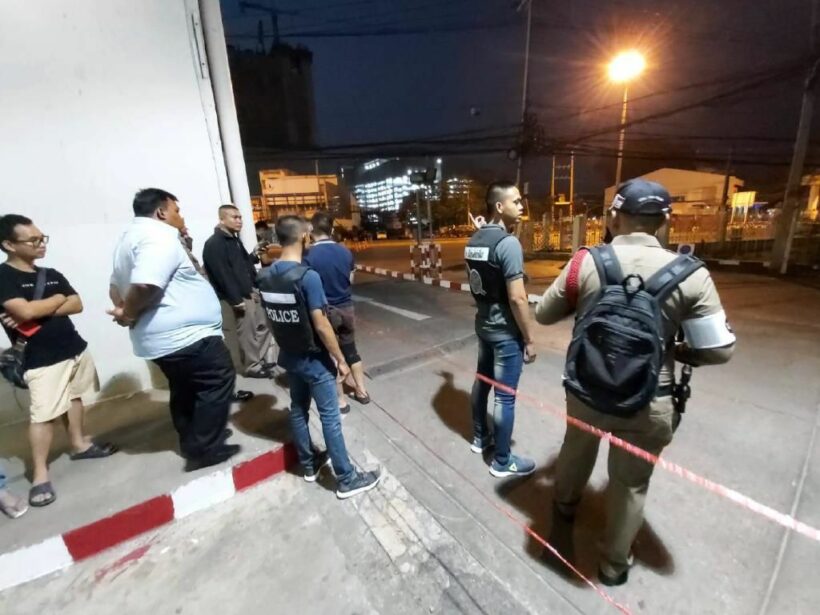 The Hanuman unit responded swiftly and arrived from Bangkok by helicopter. They quickly had the shopping centre and environs in a complete lockdown. Police also brought the suspect’s mother from Chaiyaphum province, just to the north of Nakhon Ratchasima, hoping she may be able to assist in negotiations.

Around 8.30pm the Unit said they were preparing to “engage” the shooter inside the shopping centre. In the meantime they helped evacuate as many people as they combed the lower floors of the mall.

“It’s still unclear on which floor or where the gunman is in hiding.”

It has since been reported that the assailant is holding 16 people hostage on the fourth floor of the mall.

At 11.30pm a police spokesperson announced that they had taken control of the Ground, 1st, 2nd and 3rd floors of the mall.

During the evening the army asked local media and netizens to stop streaming live coverage in order to “avoid giving the suspect information about official activities”.

The NBTC (National Broadcasting and Telecommunications Commission) also warned that people streaming inside the mall “were a potential threat to security operations”.

“Nobody can avoid death”

“Being rich from taking advantage of others, do they think they can use money in hell?”