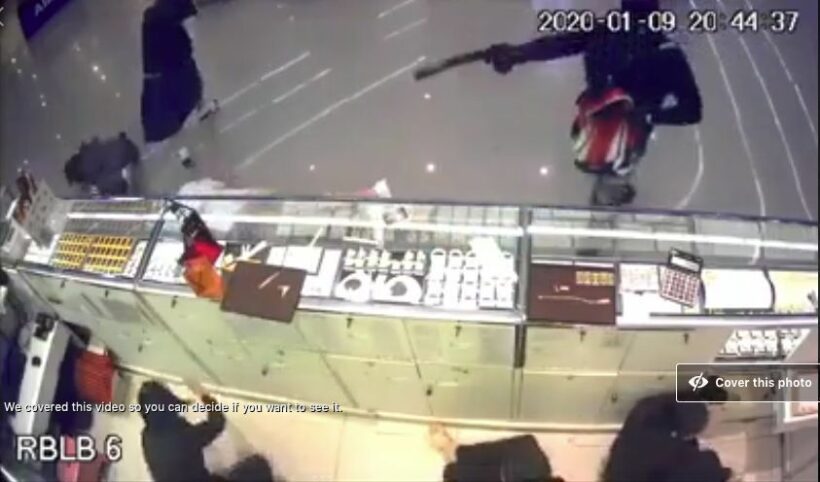 The school principal, who gunned down three people, including a 2 year old boy, and injured four others during a robbery in Lop Buri province on January 9, has pleaded guilty to all charges.

38 year old Prasitthichai Khaokaew, stormed into the Robinsons shopping centre and strode up to the Aurora Gold Shop brandishing a pistol and silencer and calmly shot at staff and customers. He was wearing a military-style combat uniform and bike helmet and escaped on a 110cc motorbike after shooting a security guard as he fled the crime scene.

The three people killed were the security guard, Mr. Thirachat Nimma, an employee of the gold shop, Ms. Thidarat Thongthip and the young boy, Panuwit Wongyu. The gunman escaped with 33 gold necklaces valued around 665,000 baht. These items were recovered the day after the man’s arrest at his parent’s home.

The gunman was identified as the principal of a Sing Buri public school and arrested on January 21. Prasitthichai was yesterday indicted on nine charges, including pre-mediated murder, attempted murder and robbery to illegal possession of firearms and carrying firearms in public without permission.

Prasitthichai was escorted from prison to the Criminal Court in Bangkok yesterday morning to hear the nine charges filed against him. He pleaded guilty to all nine charges. The first hearing is scheduled for March 23.