The director (headmaster) of a Sing Buri school is now in police custody as a suspect in the case of the lone of being the lone gunman in a gold shop robbery at the Robinson’s Shopping Centre in Lop Buri province on January 9. Three people, including a two year old boy, were shot and killed, another four were injured as a result of the shooting.

The armed gunman, carrying a 9mm pistol and fitted with a silencer, escaped after his shooting rampage, with gold jewellery valued at 450,000 baht worth of  (some media report higher amounts up to 680,000 baht).

The 38 year old suspect has been identified as Prasitthichai Khaokaew, and is currently in custody. Police allege the man has confessed to the crime.

Amnart Wicchayanuwat, secretary-general of the Office of Basic Education Commission, says they will set up a committee to consider dismissal of the school director if he is found guilty of the offences, as charged.

In the days after robbery, the Royal Thai Police issued a shoot-to-kill order and a bounty was offered for information leading to his apprehension. Over the weekend police reported that had been speaking to a suspect over the incident. It has not been confirmed if Prasitthichai Khaokaew was the man who police were questioning over the weekend. 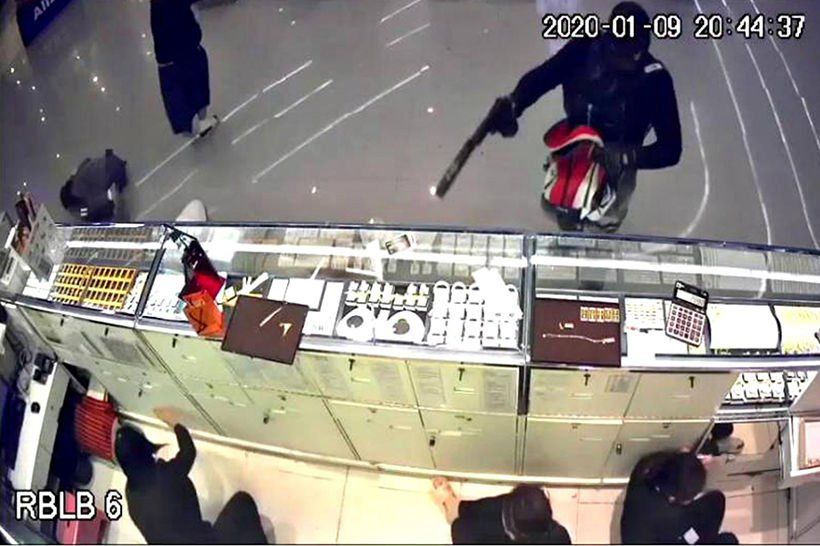