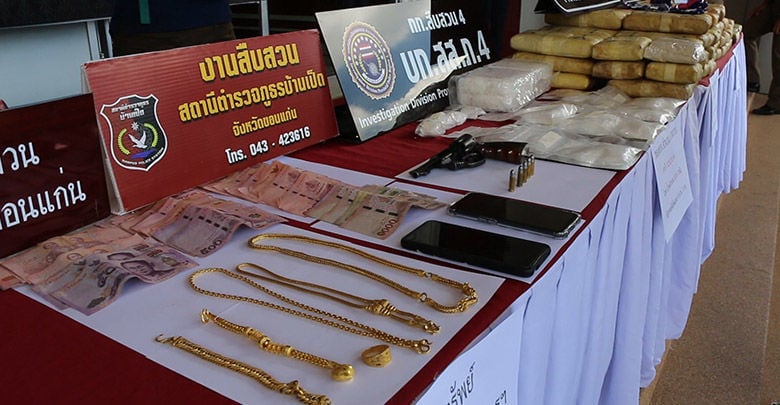 A drug warehouse has been raided in the northeastern province of Khon Kaen. The warehouse is in Khon Kaen City’s main business district, and several types of drugs, which police valued at tens of millions of baht, were seized. The provincial governor, police chief and other authorities reported the arrest of 35 year old “Jetsadaporn” and 34 year old “Jurairat”,  both from neighbouring Maha Sarakham province. Officials say the evidence includes 523,272 methamphetamine (“yaba”) pills, 3,036 grams of crystal methamphetamine (“ya ice”), 5 kilograms of dried marijuana, a gun, and other assets valued at over a million baht.

Jetsadaporn reportedly stated that the drugs were bought in Laos from a man named “Sin” and were smuggled into Thailand through Mukdahan province. The drug gang allegedly had several meeting points in Khon Kaen to exchange the goods. All the drugs were then moved to an apartment building. There were 2 rooms rented by the suspects, 1 to store the drugs, the other used as a bedroom. The bedroom often also as a testing room, where customers could try out the quality of the drugs on the spot.

The governor says the suspects admitted to being a part of an international cartel. They were allegedly paid 1 baht per yaba pill sold, and if all pills in the lot were sold within the allotted time they would receive a bonus of 500,000 baht. Earnings from the sale of crystal meth and other drugs were separate from yaba sales. Evidence shows that the suspects received yaba pills in bulk; the rooms were rented for 4 months and there were 5 yaba lots delivered and sold. There were 200,000 to 400,000 pills per lot and 2-3 kilograms of crystal meth. per lot. Officials received information about the suspects from smaller drug sellers and users. 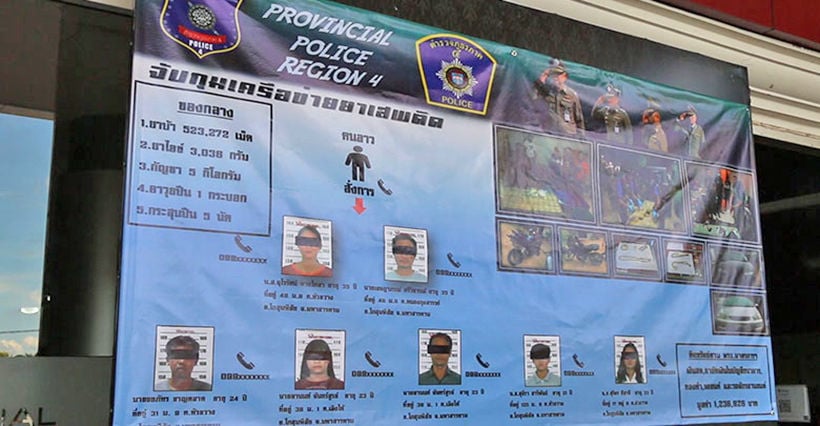 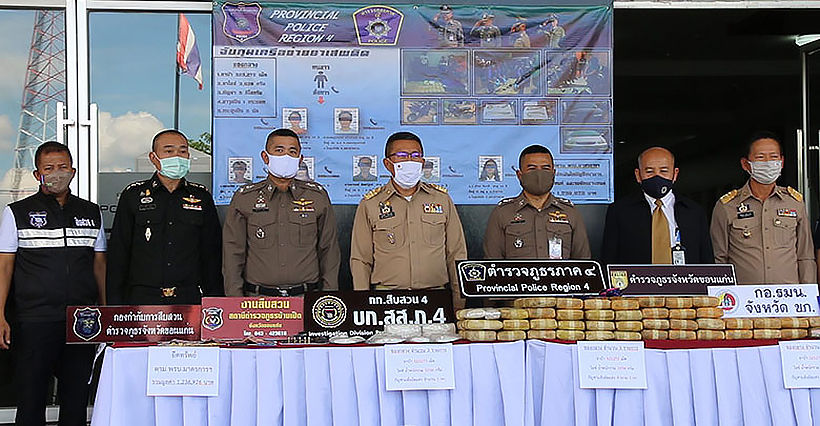