2 suspects, arrested early yesterday and accused of the fatal shooting in broad daylight of a motorbike taxi driver in Pattaya, have been charged with murder. Police traced and arrested the 2 prime suspects, named as 39 year old Manat Imamu and 45 year old Niphon Panthong, in Chon Buri’s Bangsaen district, as they attempted to withdraw money from an ATM. The pair had left behind the motorbike, pistol and clothing used in the crime at a small apartment in Nongprue before fleeing. Authorities were able to trace the route the suspects took when they fled the scene using Pattaya’s CCTV security cameras, despite about half of them being out of order.

A reenactment of the crime – a critical part of Thai law to achieve a guilty verdict – was conducted yesterday This involved the suspects showing Pattaya police how the crime unfolded. Police blocked off portions of the area behind Pattaya School 8, near the city’s famous Walking Street night district, for the procedure.

The Pattaya City police chief told reporters that one of the suspects admitted to the primary motive: the suspects were part of a drinking circle with the victim, 47 year old Prathum Saartnak, earlier in the week. Prathum allegedly made several personal insults about one of 2 in front of the group of drinkers, causing the group to mock the suspect. Due to the loss of face, the suspects decided the only way to settle the issue was murder.

The men are charged with murder, illegal possession of a firearm and ammunition, discharging a firearm in public and carrying a gun in public without a permit. They remain in police custody without bail. 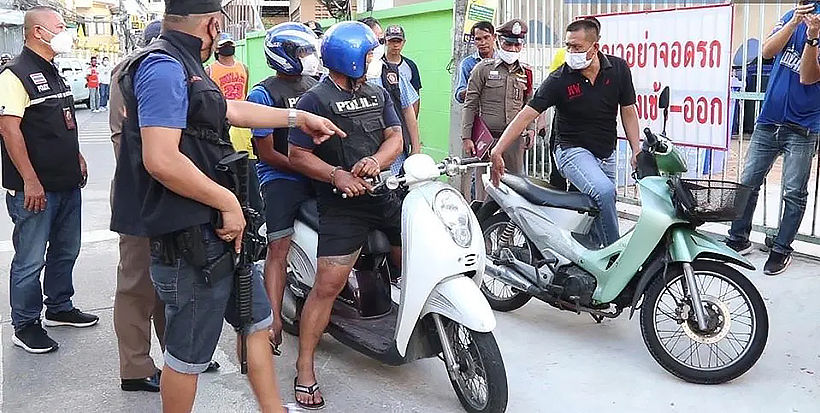