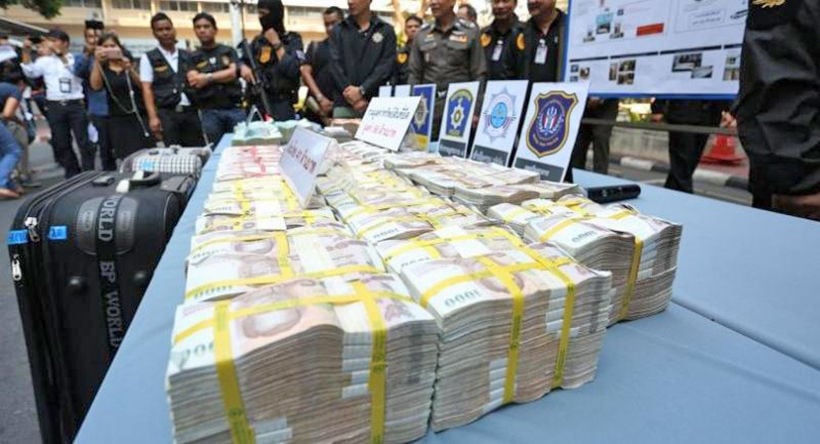 With the government struggling to find revenue streams for its economic stimulus plans to rebuild an economy battered by Covid-19, Thailand’s justice minister thinks he has an idea to help. He wants authorities to target businesses that launder drug money from the Golden Triangle and has set a target of 1.5 billion baht by August.

The minister says anti-drug forces, both civilian and military, have arrested 125 drug suspects and seized millions of speed pills and manufacturing equipment in northern Thailand. Officials are also expected to freeze around 50 million baht worth of assets related to the arrested traffickers. He says the Golden Triangle, bordering Chiang Rai and northern provinces, is a huge source of drugs and a haven for traffickers. Traffickers launder money there then send it back to drug syndicates in other countries.

“Officials will look for suspicious businesses that have grown disproportionately in the past few years. The Revenue Department will also support the investigation.”

Drug syndicates smuggle drugs into Thailand across the border from Myanmar, Cambodia or Laos, then distribute them to Bangkok and other major cities. The Thai and Burmese governments have independently stepped up their anti-narcotics efforts in the Golden Triangle region, mostly with little real effect, other than a parade of weekly photo opportunities with large drug seizures –  in truth, a tiny proportion of the drugs that leak through their patrols.

Authorities say the number of drug seizures has risen 1000% in just the past 2 years, a stark indication of the growth in industrial-scale production in the Golden Triangle.