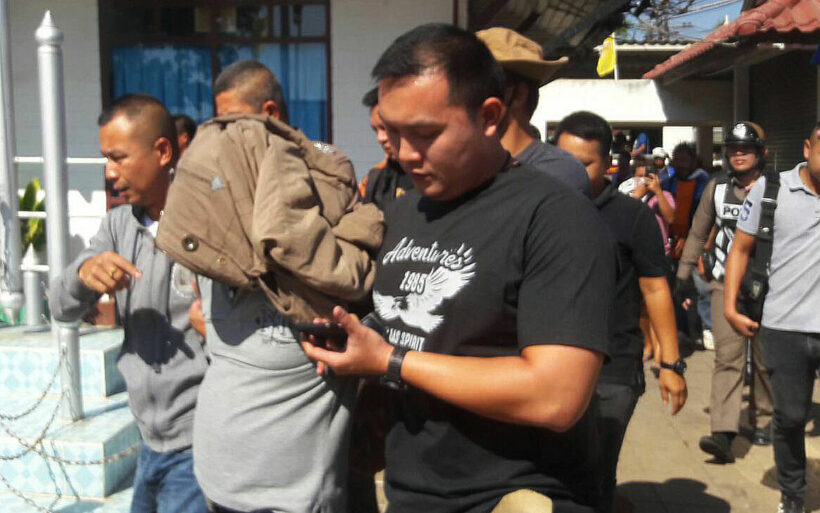 Police have arrested the convicted killer Somkid Poompuang, who has been nick-named in Thai media as “Jack the Ripper” and “Kid the Ripper” this morning. He was on the run since a murder in Khon Kaen last Sunday.

55 year old Somkid was on a train at a railway station in the Pak Chong district of Nakhon Ratchasima province in north east Thailand. He was spotted by other passengers who then informed police.

Somkid is currently wanted as the prime suspect in the murder of a hotel maid in Kranuan district of Khon Kaen on December 15, about 200 kilometres away from where he was captured.

Police say that Somkid had boarded the train in Surin, heading to Bangkok, and passing through Nakhon Ratchasima province.

Somkid was released from prison in May, after serving just 14 years after being convicted over five murders, among other crimes. The prison’s praline officials say he was released due to “his good behaviour”. The Corrections Department has already publically admitted his release was due to an error in the screening process of prisoners eligible for early release.

Most of the murder victims were masseuses or women working in night time entertainment, a similarity to the 1880’s London murderer Jack the Ripper. 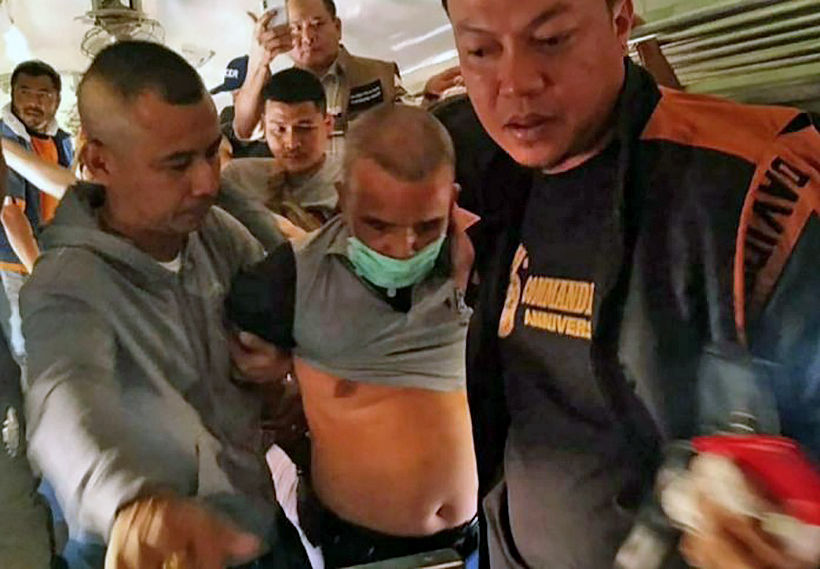 PHOTO: Somkid Pumpuang being led off the passenger train, bound for Bangkok, this morning – Khaosod English