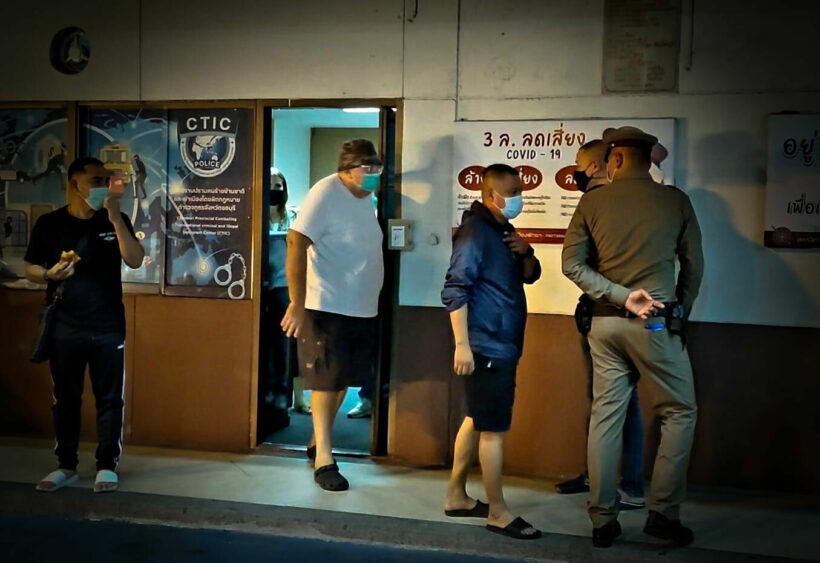 A Frenchman is facing fraud charges for allegedly scamming expats in Pattaya out of millions of baht by claiming he had connections with several Thai authorities and promising help with obtaining visas, opening businesses, and buying motorbikes and cars. Reports say he scammed expats out of a total of 6.3 million baht.

58 year old Herve Christian Robert Leonard from Compiegne was arrested in Prachuap Khiri Khan. According to police reports, another man, Romain Jules Robert Leonard (it’s unclear if the suspects are related), is also facing fraud charges for involvement in the alleged scams.

One victim, an orthopaedic doctor in Pattaya, told police that Herve visited his clinic back in 2016 and told him that the business was under investigation by Thai police, warning the doctor that he could face jail time and be blacklisted from the country for running the clinic illegally, according to police reports obtained by The Thaiger.

Herve allegedly brought four to five people to the clinic who claimed to be Thai authorities who were investigating the case. The police reports say they allegedly asked for 80,000 baht in “investigation costs.” The victim told police that Herve then asked for another 80,000 baht to renew the business registration, claiming the one the doctor had was wrong.

According to reports by the Bangkok Post, Herve overstayed his visa by a year, four months and 27 days. He reportedly denied the accusations.

Stonker
17 minutes ago, LoongFred said: Shame on them, but shame on those who want deals through the back door. Yes ... those who paid him were paying him to arrange something they knew was illegal ... not too much sympathy…

DoUKnowWhoIAm
1 hour ago, Thaiger said: He reportedly denied the accusations. What a surprise!
JackMeOff
It is smart to charge him with immigration overstay before moving to charge him for the crimes with the 7 different victims. In that manner they can fully coordinate with the victims who are probably in different areas of Thailand…

23RD
I'm more interested in seeing the pictures of the Magnificent 7 (Muppets) who were scammed by this clown?.

Noble_Design
3 hours ago, JackMeOff said: It is smart to charge him with immigration overstay before moving to charge him for the crimes with the 7 different victims. In that manner they can fully coordinate with the victims who are probably in…