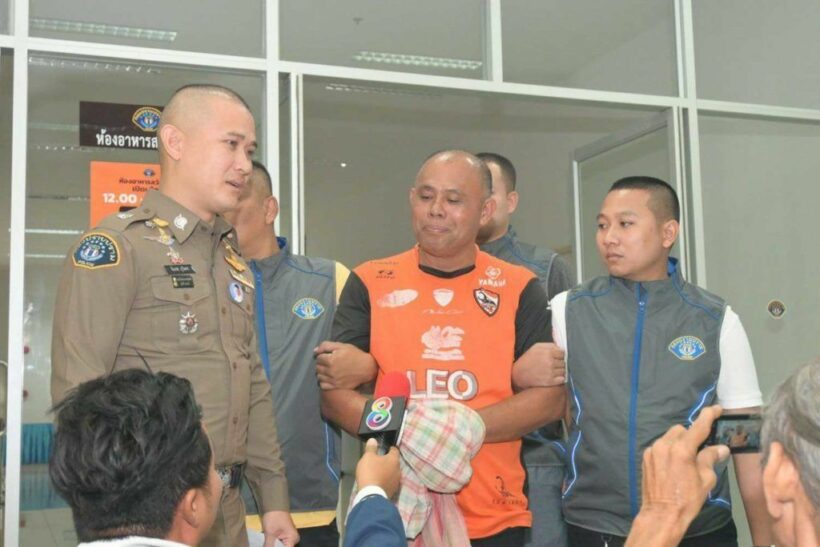 A former municipal councillor in the southern Chumphon province, sentenced to death in absentia for the murder of a wealthy Dutchman, was arrested yesterday  after 13 years on the run. 54 year old Anupong Suthani was arrested in the northern province of Phrae. He was wanted on an murder arrest warrant issued by the Pattaya provincial court in December 2007. He colluded with the man’s wife and her brother to commit the crime.

Anupong was contracted to build a house for 49 year old Jules Odekerken, the owner of Quick News Pattaya, a foreign newspaper sold in Pattaya and Phuket. Odekerken was married to 37 year old Marisa Prommana, a Thai woman living in Pattaya, with whom he had two children. Anupong began an affair with Marisa, and when he learned Odekerken had life insurance and other assets worth more than 100 million baht, he conspired with the Marisa and her brother to kill the Dutchman, according to police.

On Nov 16, 2003, the two men caught the Dutchman alone in Pattaya  and beat him unconcious with wooden clubs. Thinking he was dead, they tied a rope around his neck and dragged him to a vehicle. On the way, Odekerken regained consciousness,  struggled and called for help. The two men then beat him repeatedly with rocks until he was dead. They left his body at a garbage dump in Chon Buri province, where it was discovered by police.

[NOTE: The Pattaya News, regarding the same case, reports that Oderkerk was strangled, then shot.]

Marisa and her brother confessed and were given life sentences. Anupong denied involvement in the murder and was released on bail. On December 21, 2007, he was due in court for a ruling on his case, but failed to appear. He was sentenced to death in absentia and an arrest warrant was issued.

Authorities say Anupong hid out in several provinces and changed names, even asking someone to be his representative in buying property in Phrae province, where he lived for more than 10 years before his arrest.

Police say Anupong confessed to the murder and expressed remorse. He has been handed over to Pattaya court for further sentencing.

For additional information on this story please see this archived post from 2007 on the teakdoor message board:

A website devoted to the case can be found here: