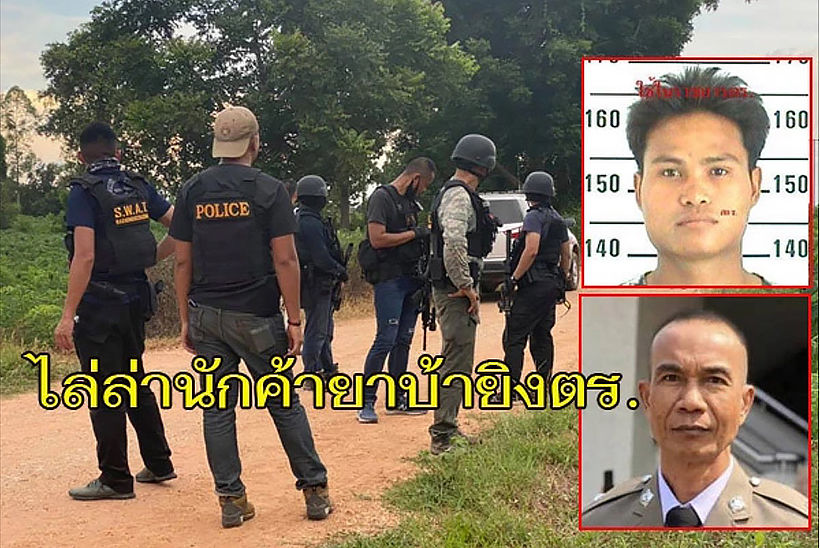 Police are hunting for a drug dealer who shot an undercover agent yesterday and fled after realising he was caught in a sting operation in Khong district of the lower northeastern Nakhon Ratchasima province, aka Korat. The officer was seriously wounded and rushed to hospital. 38 year old Phadungsil Lohakart allegedly shot the agent, who was posing as a buyer of crystal methamphetamine, after realising it was a trap.

2 other police officers were waiting in a car nearby. Officer Song Tuaykrathok was hit in the chest and right arm and was admitted to ICU at Maharat Nakhon Ratchasima Hospital. The suspect fled into a nearby 100-rai cassava plantation in tambon Nong Bua.

Officers from the central city and Khong district quickly surrounded the plantation, but the suspect managed to elude them.

This morning the search was widened, with checkpoints set up on roads after locals told police they saw an armed man walking through their village. 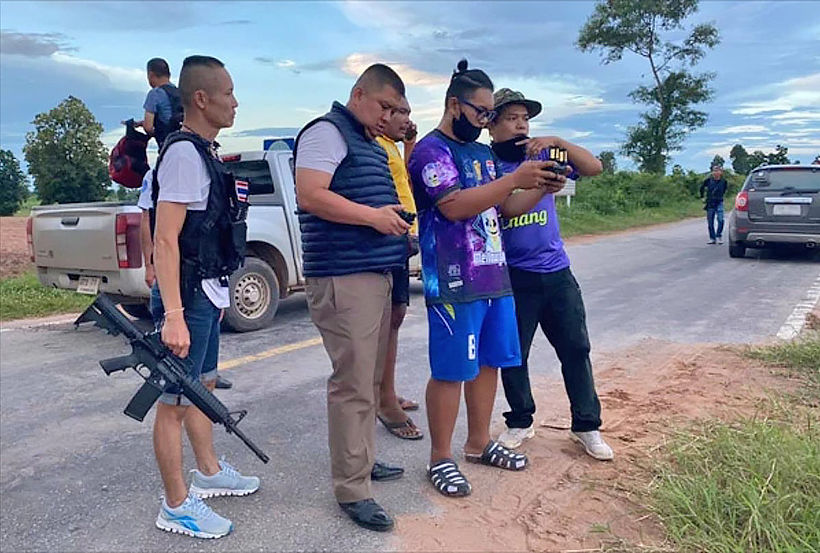 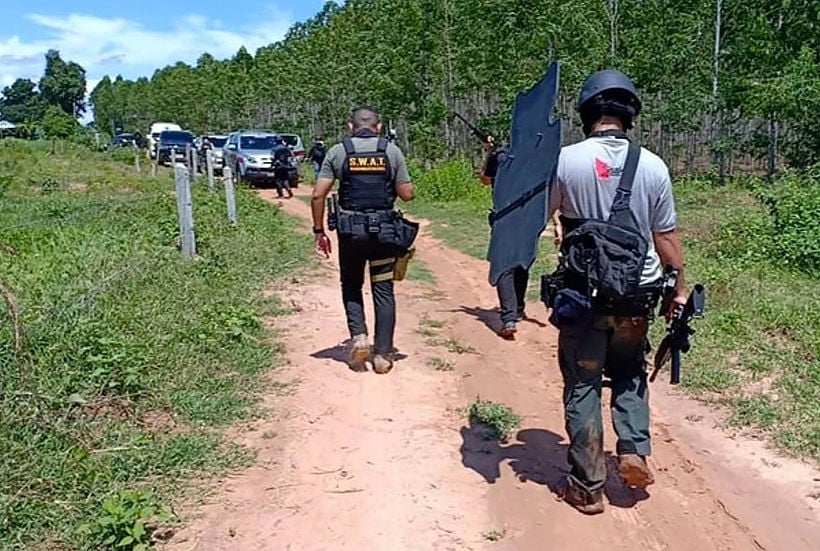 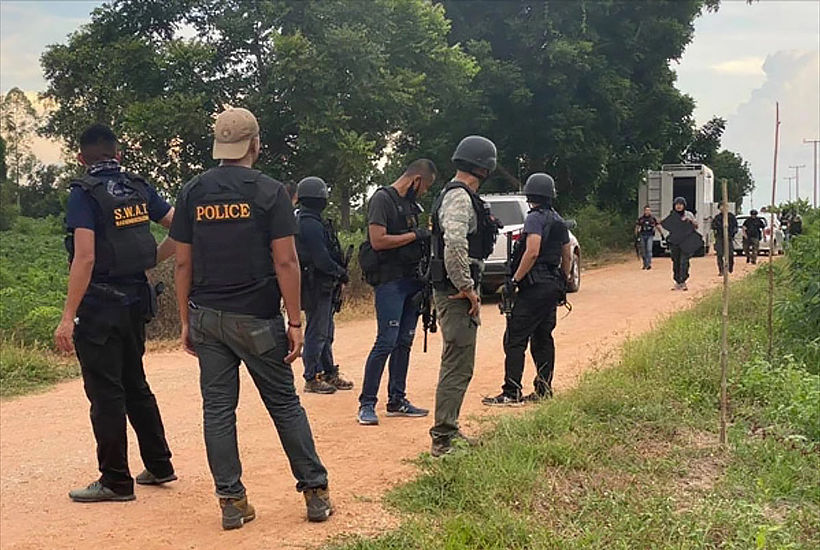