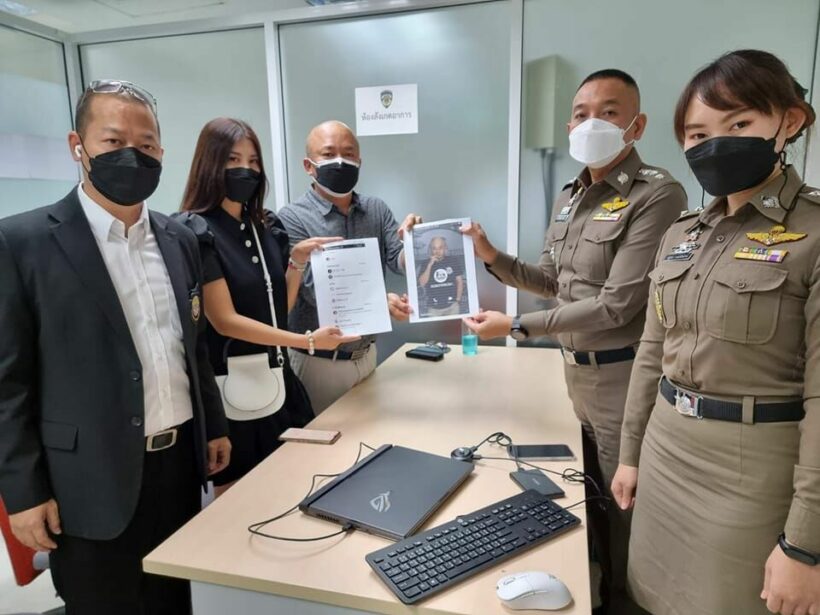 The Chiang Mai street vendor who went viral for her revealing cardigan-style top just filed a sexual harassment complaint with Thai police. The 23 year old known as Nong Olive is known for wearing an open chest shirt, showing her cleavage and midriff, while making Thai-style pancakes, which is a popular street food known in Thai as “khanom Tokyo.”

Nong Olive says she has recently been getting messages from a fake Line account asking her for a sex and sending her sexual messages. Reports say the Line user claimed to be a popular YouTube vlogger. This morning, she went with her lawyer to report the sexual harassment incidents.

HolyCowCm
How old is she about? Is she fit as in Shape? Does she seem loopy a Lourdes as normal 100%? There used to be a loopy chuck who would go to the old stadium a few times. She was in…

socal
This story made the US Sun 🙄 https://www.the-sun.com/news/4154849/pancake-seller-banned-cops-skimpy-garment/
Guevara
13 hours ago, socal said: ?? She has braces on her teeth.

socal
9 hours ago, Guevara said: She has braces on her teeth. So. Makes her unique