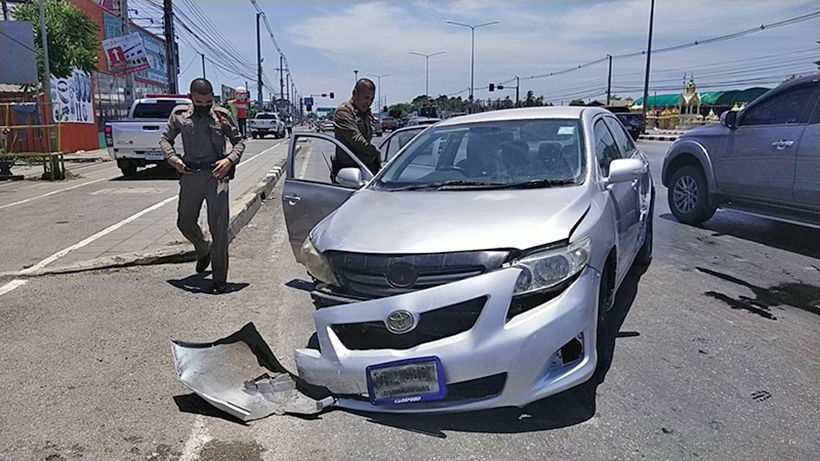 A car thief has been apprehended by the owner of the car he stole. Police in the central Samut Sakhon province, just west of Bangkok, arrested 32 year old Not Jeankow on Monday. The theft took place at around half past midnight at a used car lot. ‘Not’ already had a warrant out for motor vehicle theft and broke the nationwide curfew to steal the car.

On Saturday, Not visited Karnika Raksakorn, the owner of a secondhand car dealership. Pretending he was going to buy a car ‘Not’ grabbed the keys to a Bronze Toyota Altis while Karnika looked away. Karnika didn’t notice the missing keys at the time. The car had the license plate 9867.

Then after midnight, ‘Not’ returned to the lot and simply drove the car away. Later on Sunday, officials learned that the stolen car was spotted on the roads but the suspect, and the car, escaped before they arrived on the scene. 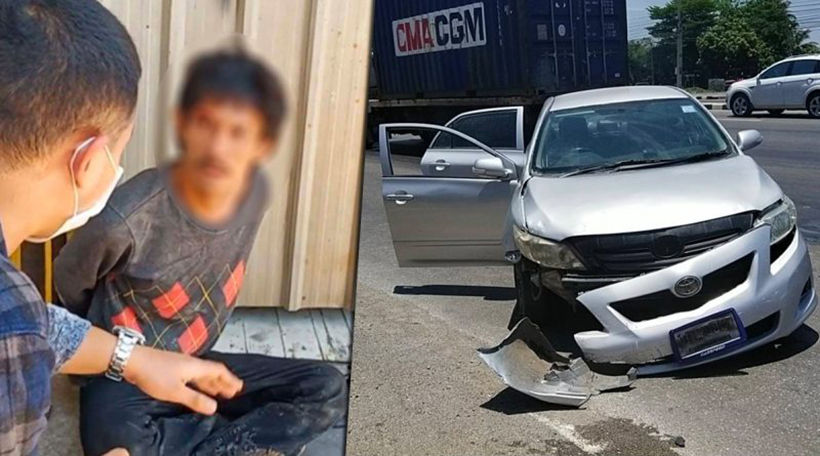 Authorities kept an eye on the roads in the area, believing he would return. On Monday Pisek Kaewpila, the  37 year old son in law of Karnika, drove around searching for the missing vehicle. Someone called him and said the thief had gone into a house to fetch a phone. Pisek drove to the house, but ‘Not’ saw a car coming and quickly drove away. Pisek notified police and kept following the suspect.

Pisek then made a spontaneous decision to drive into the stolen car. ‘Not’ tried to escape but police arrived just in time and arrested him, taking as evidence the now-damaged car. It’s not clear who is going to pay for the damage repairs.

‘Not’ had previously stolen 2 motorbikes and sold them in the Nong Khaem District of Bangkok.