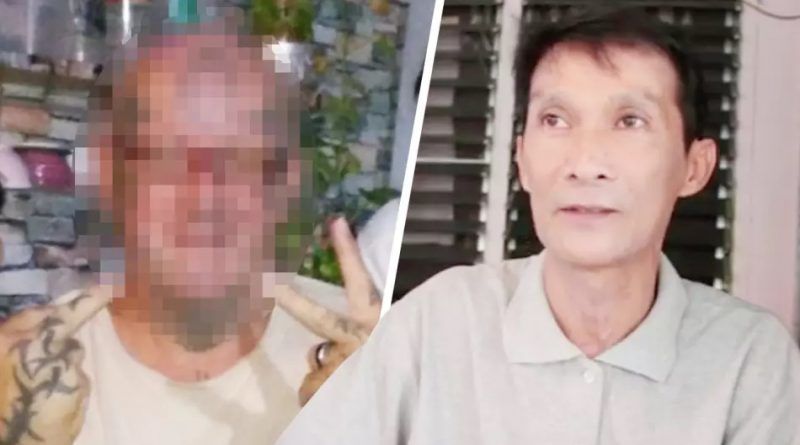 Surichat, a 50 year old BBQ food vendor in Khon Kaen province, north-eastern Thailand, became the victim of a shameless petty con-artist when he tried to help the man out of financial difficulty. The man introduced himself as ‘Stuart’ and claimed to be from England. He told Surichat he had a wife and child in Bangkok but was living in a Khon Kaen hostel since his wife kicked him out.

Stuart became a regular visitor to Surichat’s shop, stopping every day for drinks and some food. Surichat would call a motorbike taxi for him and when Stuart claimed to have lost his wallet one day, the driver didn’t charge him.

The following day, Stuart told Surichat he was going to Bangkok to meet a friend who was bringing a credit card from Stuart’s mother in England. But on the day he was meant to travel, he claimed his friend had been in a fight with an Australian man and was in police custody. Stuart claimed he would be unable to get his mother’s credit card and had nowhere to stay.

Surichat, feeling sorry for the man, gave him 1,000 baht. Stuart returned the money two days later, but the following day sent an email asking to borrow some more. In total, over the next couple of days, Surichat gave him 4,000 baht, after which Stuart left for Bangkok, claiming to be getting some money.

When he didn’t return, Surichat texted him, asking for his whereabouts and saying people were worried about him. Stuart’s reaction was to text him back, calling him stupid, and then proceeding to text inappropriate images to Surichat’s wife.

Surichat later found out that he was not Stuart’s first victim, with another man having lost 10,000 baht to the conman. He plans to file a police report.